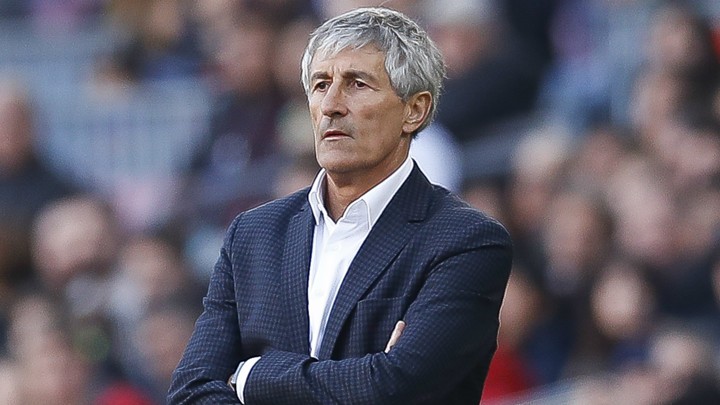 Barcelona manager Quique Setien has claimed that his side will be hurt by new rules allowing five substitutions per game instead of three.

La Liga has been suspended since March due to the coronavirus pandemic, but is eyeing a return on June 11 with the derby between Sevilla and Real Betis.

With teams having been sidelined for months and looking at playing a congested schedule over the summer, the International Football Association Board (IFAB) allowed a rule change earlier this month increasing the number of substitutions teams can make through the end of the 2019-20 campaign.

Setien believes that rule change will be a disadvantage to Barca, with opponents allowed to add more players late in a game when he believes his side's fitness shines through.

"I think this will do us more harm than good," Setien told the Las Palmas Interinsular Football Federation on YouTube.

"Many games are resolved in the final minutes and with this change rivals will be able to have more fresh players in this phase of the match, where we tend to take advantage of this fatigue."

Setien has admitted that the long layoff has been difficult for his side, who haven't been able to study film together.

"We're working very hard. We thought we'd have more time to train in a group," Setien said. "One thing we couldn't do was go into the video room together to review tactical concepts that are important.

"Being so long without playing is a motivation in itself. The situation has allowed players to rest mentally and eliminate stress."

Should the Catalans clinch a third consecutive Spanish title their talisman Lionel Messi will be a major reason, with the Argentine star having netted 19 league goals in 22 matches thus far.

Setien has said that seeing the 32-year-old back in training has been a particular benefit for him as his side ramp up preparations for their return to the pitch.

"It is a pleasure to see him train every day," Setien said. "I really enjoy it and I am hugely proud."