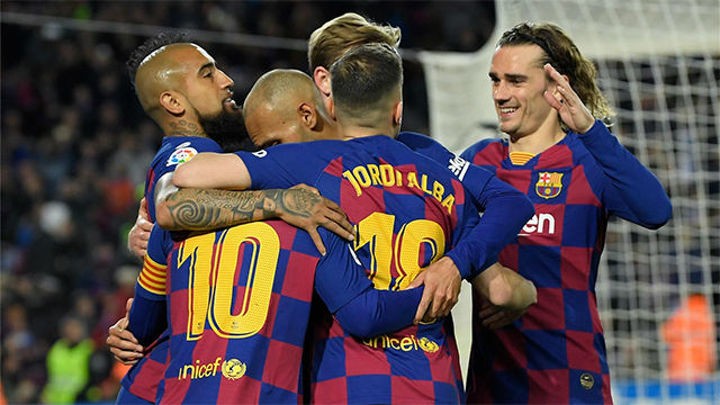 Barcelona are preparing the final details over plans to reduce the salaries of both the players and coaching staff in their professional teams by 70%.

The club is looking to impose a legal measure, called ERTE in Spain, which protects businesses from paying employees full salaries whilst they are unable to fulfil their job requirements. This would be backdated to the first day of the lockdown, 19th March, until restrictions are lifted and the sport returns to action. At that point, everybody's salary would return to normal.

There are still other aspects which need sorting out as this regulation only refers to the basic salary and not bonuses or variables.

The club began this process last week and have been working since then to present their case to the government. However, the board would prefer to reach an agreement with the players themselves rather than having to go down this route. That might be difficult now processes are ongoing but it means there will be salary cuts regardless.

The negotiations have been particularly difficult with the first team players of both the football and basketball teams. The AFE, Spain's Player's Association, are paying close attention to the situation. "We've spoken to one of the captains and we're waiting to see what the club says," AFE president David Aganzo said. "We're aware of the problem that exists and we're the first who want to help. It'll be them who will decide."

The players, who haven't agreed to anything yet, are still in negotiations with the club. According to RAC-1, the players are willing to accept a 30% reduction in wages for the entire season instead of 70% during this enforced lockdown. More talks will take place but it's inevitable that a significant salary cut is on the cards.