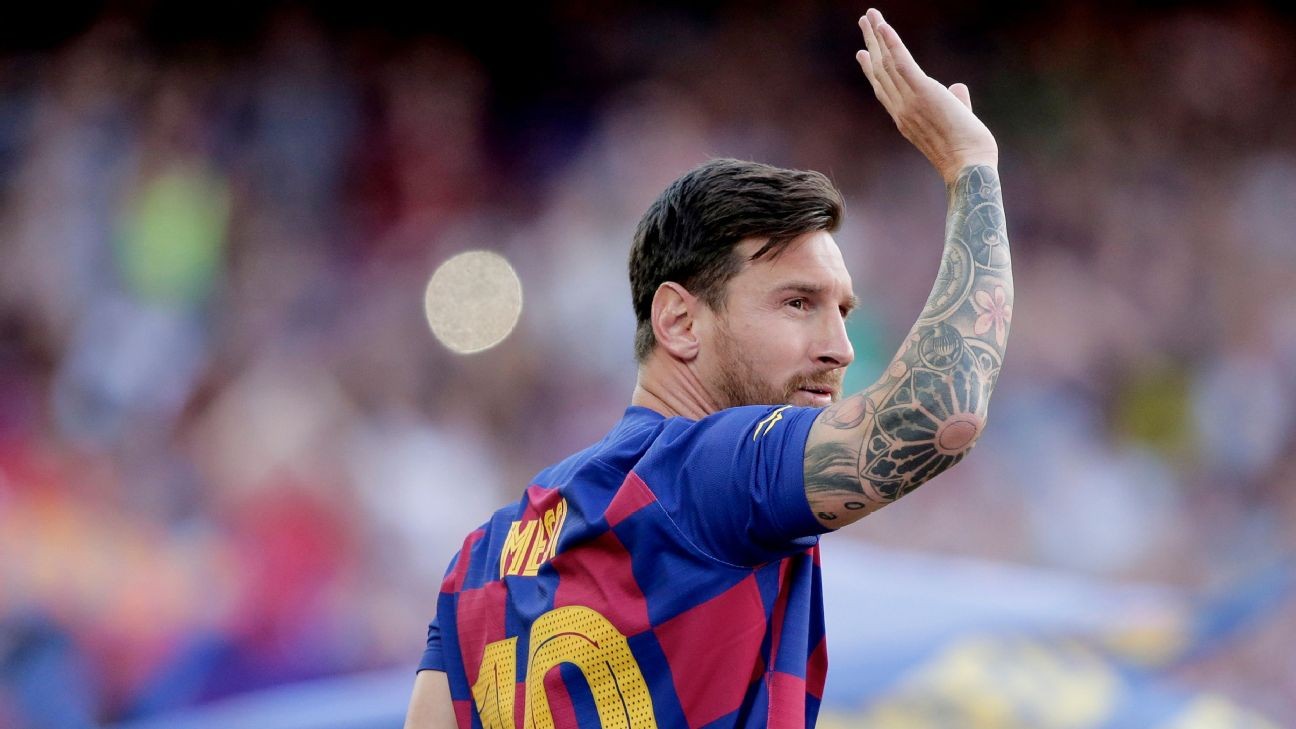 Lionel Messi ensures Barcelona fans the club will fight for every trophy in 2019-20 after only winning La Liga and the Spanish Super Cup in 2018-19.

Barcelona coach Ernesto Valverde says Lionel Messi will not be risked for the Spanish champions' La Liga opener against Athletic Bilbao on Friday.

Messi injured his calf in training last week and missed the tour of the United States. He has not featured in any of the club's five preseason friendlies and hasn't played competitively since the Copa America.

The Argentine forward is doing recovery work but has not yet trained with his teammates and will not be unnecessarily rushed back at San Mames.

"We don't take risks with any players, so especially not with Leo," Valverde said in a news conference on Thursday.

"He's still not trained with the team and doing recovery work is not the same as working with the team. We're going to wait a little bit and see, but he's recovering well."

Messi could be back for Barca's first home game of the new campaign, against Real Betis on Aug. 25, but until then Valverde is likely to use the front line which he fielded against Napoli in Ann Arbor, Michigan last Saturday.

Antoine Griezmann, Ousmane Dembele and Luis Suarez were all on target as the Blaugrana downed the Italians 4-0.

Valverde's attack could yet be further strengthened this month, with talks ongoing with Paris Saint-Germain regarding the possibility of bringing Neymar back this summer.

"I'm not involved in all these issues," the coach said when asked about sporting director Eric Abidal's trip to Paris this week to meet with PSG to discuss a deal.

"I focus on the team and the players I have. I am happy with my squad. I have respect for other players and for other teams. He's a PSG player and we will see but I can't tell you anything about that."

Valverde would prefer to have his squad finalised ahead of Friday's curtain-raiser, though. The transfer window remains open until Sept. 2 in Spain, meaning there's plenty of time for business still to be done, while the Premier League transfer window shut ahead of the first round of fixtures last weekend.

"It's inconvenient, there's no logic to it," Valverde moaned. "It's not normal that we start the season with the transfer window still open.

"It would be better if all teams could start knowing what they've got. These 15 days of uncertainty aren't good. It should be like the Premier League."

Valverde's prepared for a "tough" start in the Basque Country against his former side. Despite winning the league title in each of his two seasons at Camp Nou, he starts the season under increased pressure following back-to-back Champions League failures and a Copa del Rey final defeat to Liverpool.

There are also calls for his side to play more attractive football.

"Everyone wants to play better," he said amid the continued criticism. "Sometimes you manage to do that and you win by big margins; other times it doesn't quite come off.

"If I am compared with George Clooney all day long, it's going to be difficult; if [my Barca] is compared with the best Barca in history, it's complicated for us. But if I stop and look at it, in two years we've lost four games [in the league] and two of them were when we were already champions...

"I would sign right now to be in the same position as we were last May, because it cannot be improved upon. To get to that stage of the season still being able to win four titles is the ideal situation, of course. I hope we reach May 1 having won two titles. It's really difficult to repeat winning La Liga in April, though."