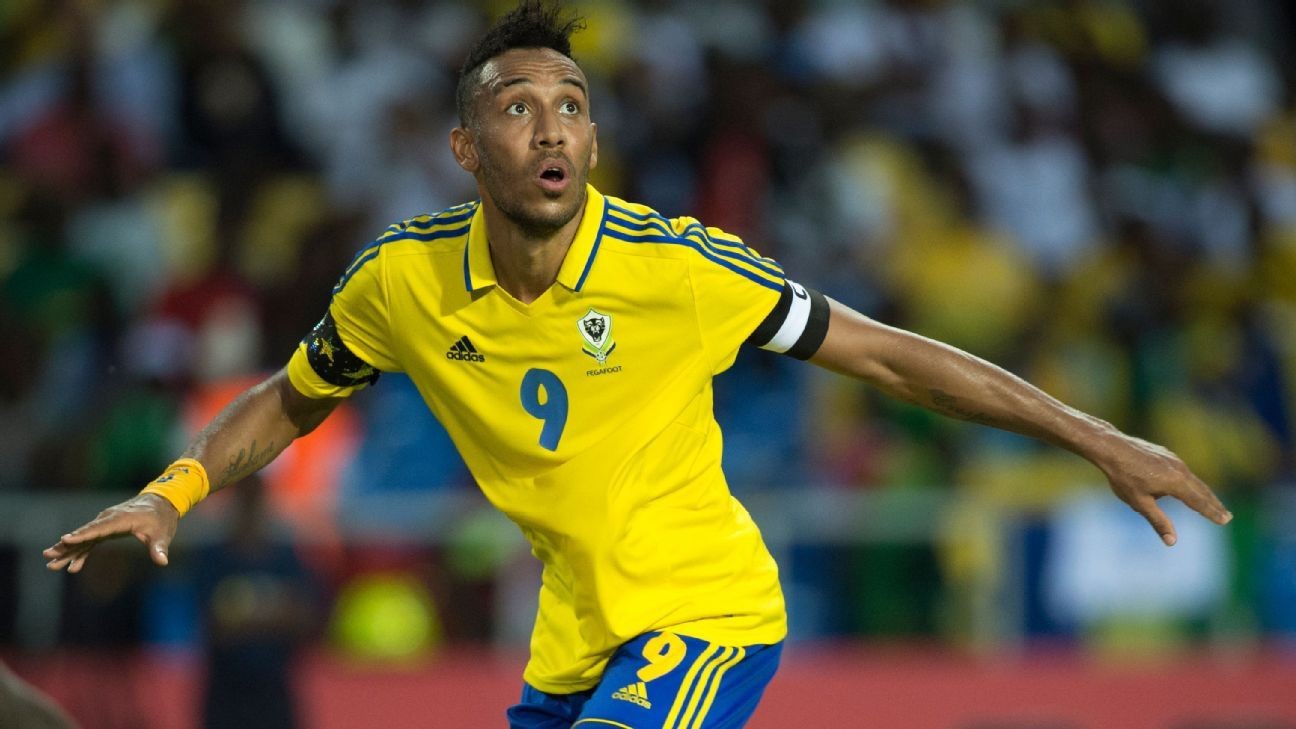 The federation said it received a letter from the Barcelona striker and Gabon captain on Tuesday informing it of his decision, after playing for the national team for 13 years.

The Gabon federation published parts of Aubameyang's letter, where he thanked the Gabonese people, his coaches, teammates and his father, who also played for Gabon in the 1980s and 90s.

"Hope to have made him proud by wearing our colors," Aubameyang wrote in his letter.

Pierre-Emerick Aubameyang in action for Gabon during the 2017 Africa Cup of Nations. Visionhaus/Corbis via Getty Images

The 32-year-old Aubameyang played 72 times for Gabon and is his country's all-time leading scorer with 30 goals. With Aubameyang at the heart of the team, Gabon reached the quarterfinals of the 2012 African Cup of Nations to equal their best performance in international competitions.

Aubameyang's last tournament with Gabon was a bitter disappointment, though, when he contracted COVID-19 at the start of this year's Africa Cup of Nations in Cameroon and had to withdraw from the tournament without playing a game after being diagnosed with heart lesions.

He announced his decision to retire from internationals two weeks before Gabon start their qualifying campaign for next year's Africa Cup of Nations in Ivory Coast.