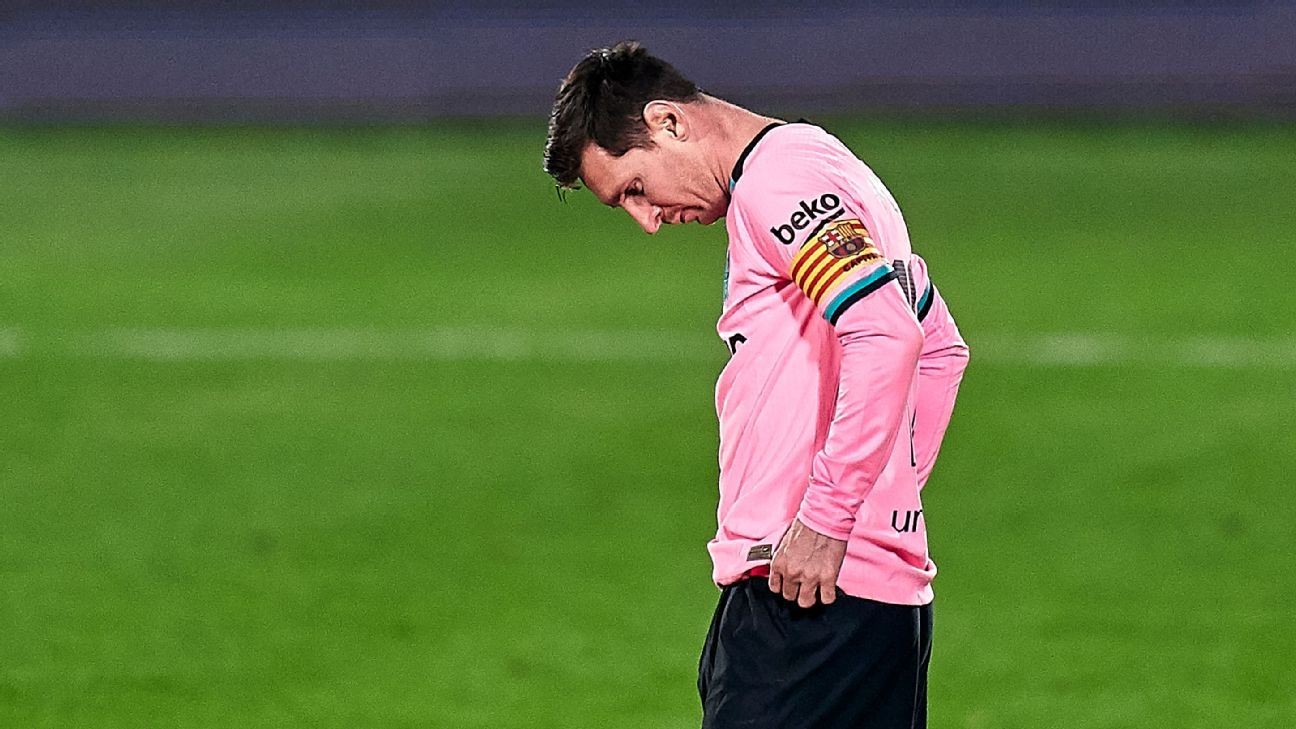 Barcelona president Josep Maria Bartomeu says he could not let Lionel Messi leave for a direct rival and that he was willing to accept the consequences that came with that.

Speaking about the issue for the first time since Messi tried to quit Camp Nou, Bartomeu said he acted in Barca's best interests by refusing to let the forward go.

Messi, 33, eventually decided to stay at Barca for the season, saying he was not willing to take the club to court over the wording of a clause in his contract he felt meant he could leave for free.

In an explosive interview with Goal, when he announced his decision to stay, Messi accused Bartomeu of lying to him and said the board had been making things up as they go along for years.

"I was accused of wanting to force a transfer for financial reasons to 'balance the books,'" Bartomeu said in a news conference on Monday.

"That's not true. I defended the interests of the club, accepting the consequences that refusing Messi's decision to go to one of our rivals would entail."

Messi, who can leave for free when his contract expires in 2021, never revealed where he wanted to go, but sources told ESPN at the time he was in talks with Manchester City, who Barca could face in the latter stages of the Champions League this season.

Bartomeu said he understood Messi's frustration in the wake of the 8-2 Champions League defeat to Bayern Munich but stressed how important it was for him to stay and lead the team under new coach Ronald Koeman.

play1:25Laurens: You can't say anything positive about Koeman

Julien Laurens explains why he believes Ronald Koeman "got everything wrong" vs. Real Madrid.

"Messi had a contract in vigour," the president continued. "The option to rescind the deal unilaterally had expired. And the most important thing was to start a new sporting cycle with Messi in the team.

"I understand he may be angry about not leaving. I tried to explain to him and his family that we could not let him go. He's the key to Koeman's project. I hope in the future he says he's happy, that he wants to renew his contract with the club and that he ends his career here."

Bartomeu also insisted he has not considered resigning despite the fact he and his board of directors are facing a vote of no confidence.

"Resigning has never passed through my mind," he added. "It would be irresponsible. With the [coronavirus] pandemic, brave decisions need to be made every day. It would be a bad decision to leave the club in the hands of an administrator."

Monday was the deadline to fix a date for the vote among club members, but complications caused by further coronavirus restrictions in Catalonia have held things up.

Barca are waiting to see if the local government will give them the green light to postpone the vote, originally scheduled for Nov. 1 and Nov. 2, until Nov. 15 and Nov. 16.