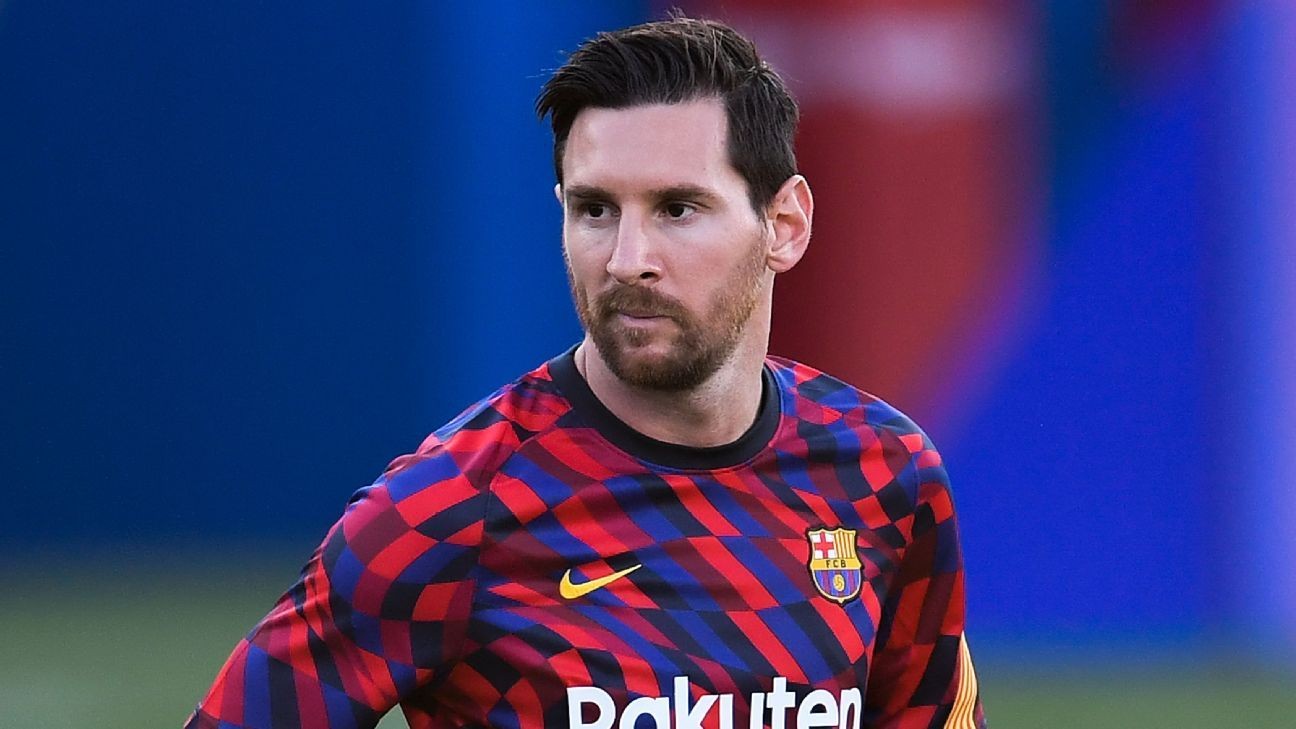 Barcelona president Josep Maria Bartomeu says he will not go to war with Lionel Messi and called for everyone to move on after the forward tried to quit the club last month.

Bartomeu also said he has no plans to step down from his position despite a motion to remove him -- which was sparked by Messi's request to leave -- gathering more than 20,000 signatures this week.

Messi, 33, returned to training with Ronald Koeman's new-look Barca side earlier this month after failing to engineer a move away from Camp Nou this summer.

When he realised legal action would be required to try and execute a clause in his contract to leave for free, he backed down, although he was critical of Bartomeu in an interview with Goal after the episode ended.

"As president, I will not enter into any conflict with Messi," Bartomeu told TV3 on Saturday. "Messi is our captain, our leader. The issue is parked. What has been said has been said.

"I couldn't allow to let the best player in the world go. The team needs him, he guarantees success. Things have to be discussed at home. You have to support the team and the players.

"We have to congratulate ourselves that Messi is still with us. He is excited about Koeman's project. The important thing is he plays for Barca, at his home. We want him to retire at the club."

Messi could yet leave the club for free next summer when his contract expires but Bartomeu could be gone by then.

The president will face a vote of no confidence in the coming weeks if more than 16,520 of the 20,867 signatures against him are approved.

For him to be ousted, two-thirds of voting members would then have to go against him in a referendum, but there have been calls for him to resign before reaching that point.

"Right now, no-one is considering resigning," Bartomeu said. "The club is not going to stop. I think everyone was surprised by the number of signatures but we respect democracy and the club's laws."

Barcelona's members strike back against president Bartomeu: What's next for the club?Suarez unlikely to join Juve from Barca - PirloSetien suing Barca for failing to honour contract

Bartomeu was speaking before Barca's third and final friendly of the preseason on Saturday, a 1-0 win against Elche at Camp Nou.

Midfielder Riqui Puig was a surprise omission from the squad. He watched the match from the stands alongside Luis Suarez, who's not featured in preseason as he looks for a new club, and Koeman later confirmed he's recommended the youngster go out on loan.

"For me, the young players have to play," Koeman told TV3. "They can't not play for weeks on end. That goes for Riqui, for [Carles] Alena and for Pedri... they have to play.

"I told Riqui he has a future here but it's going to be tough at the moment because of competition in his position. I recommended that he goes on loan."