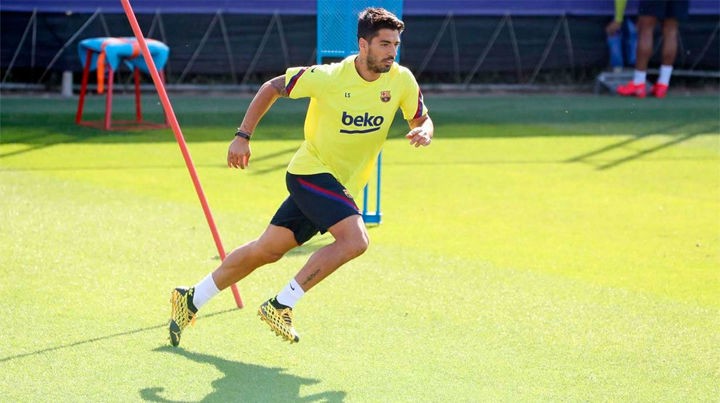 Gerard Pique has been booked 11 times this season in LaLiga but he's not the Barcelona player walking a tightrope when the league resumes next week.

There are other players who will have to be careful if they don't want to be suspended as Barça resume their title tussle with Real Madrid with a two-point advantage.

In fact, when Barça travel to Mallorca on June 13, they will do so without Clement Lenglet, who was booked in his last outing and will be suspended. He will have to wait for Leganes at Camp Nou for his season to resume.

Another three players are also a booking from a ban -- and not just any players. Luis Suarez, fit again, it one yellow card away from suspension.

Samuel Umtiti's situation is a strange one, as he's still injured, but has returned to training... and when he returns to action he will be one game from a ban, like Suarez.

The third player closing in on a booking is another key one: left-back Jordi Alba.

Alba's substitute, Junior Firpo, is on three bookings, as is Arturo Vidal, but the two players two cards from a ban who will concern Quique Setien are Busquets and Lionel Messi.

Busquets has been cautioned eight times and his experience in this mini-league will be fundamental for Barça. And what can we say about Leo? Any game without the game's best player is a problem.