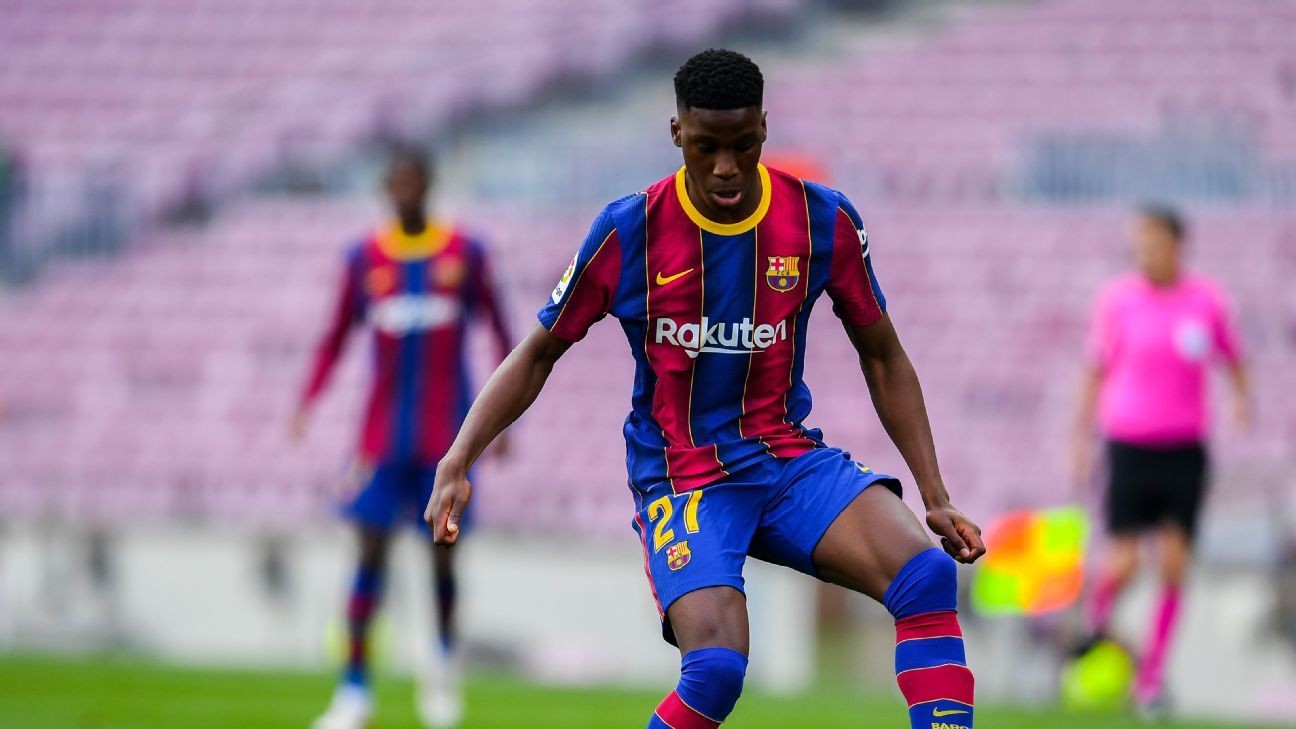 Ilaix Moriba shared some of the online racist abuse toward him. David Ramos/Getty Images

Barcelona midfielder Ilaix Moriba has received racist abuse on social media as contract negotiations with the Catalan club drag on.

Ilaix, 18, published a video on his TikTok account on Monday revealing a string of offensive messages that have been sent to him in recent days. "Seriously?" he captioned the post.

The discriminatory comments included monkey emojis and racial insults, with others calling on him to leave Barcelona as uncertainty continues to cloud his long-term future at Camp Nou.

Ilaix's current contract expires next summer and Barca remain in talks with his representatives over a new deal with the club.

However, with both sides so far unable to reach an agreement, the academy graduated has been demoted to train with the B-team during preseason. He hasn't featured in either of Barca's first team friendlies over the last week.

After breaking into Ronald Koeman's side earlier this year, he ended last season having played 18 times for the first team, scoring one goal.

Ilaix is the latest Black footballer to be targeted by racial slurs on social media this month.

After England's Euro 2020 final defeat to Italy on penalties on July 11, Marcus Rashford, Jadon Sancho and Bukayo Saka, who all missed from the spot in the shootout, were abused online.

That led to the arrest of four people by the British police after a specialist team investigated the offensive comments made on social media sites Facebook, Instagram and Twitter.