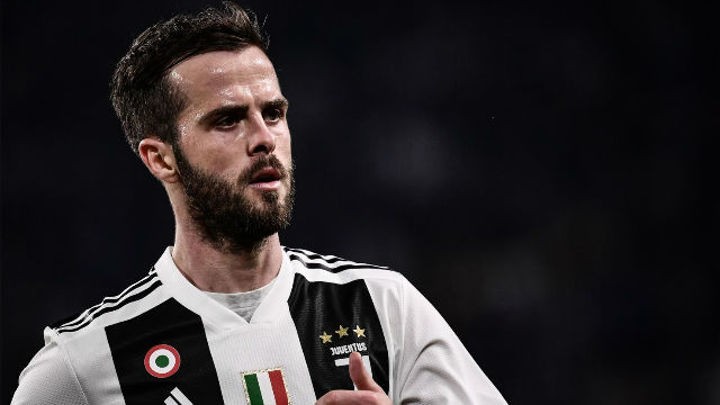 The arrival of Miralem Pjanic at FC Barcelona must wait. Talks between Barça and Juventus were on track but Arthur Melo's refusal to be involved in any deal has complicated the deal -- in addition to Paris Saint-Germain's emergence on the scene.

Barça still have the advantage of the player wanting to move to Camp Nou. Pjanic will wait to see how the situation develops as all clubs prepare for an unpredictable transfer market.

The Catalan club know Arthur doesn't want to leave but have not given up hope on him changing his mind when the season ends.

In any case, Pjanic knows he's on the market. Juve have chosen him, aged 30, as the ideal place to enter in a swap deal to help balance their accounts. The Bosnian is rated at around 50 million euros.

In addition, the Juve coach, Maurizio Sarri, also feels he's key in any swap deal. Sarri would prefer Chelsea's Jorginho to come in, someone he knows from his time at both Napoli and Chelsea.

Given the blockage to a deal with Barça. Juve worked on an exchange with Chelsea for Jorginho, but Pjanic is not keen on the option of England. Due Sarri's insistence on Jorginho, negotiations have not stopped because of Pjanic's 'No'. Talks are ongoing. The Old Lady have put other names on the table (Emerson, Douglas Costa, Bernardeschi and even Rabiot) to try and close an agreement.

In recent days, PSG have emerged, too. The likely arrival of  Massimiliano Allegri on the French club's bench could change Pjanic's plans. The coach got a lot out of Pjanic when he was at Juve and the player would be open to reuniting with him.

Thomas Tuchle's days at PSG seem numbered with Allegri chosen as his replacement. The Italian coach would give Pjanic a major role and he would also have a significant pay rise. The proposal is seductive, although Barça would remain the priority. The Bosnian wants to try his luck in Spain with one of the big clubs. If that's not possible, though, Paris is an attractive option.

If negotiating a swap deal with PSG, Juve like Argentine midfielder Leandro Paredes, but they would hope to get more. Marquinhos or even Marco Verratti are names they would put forward. It would be a return home for Verratti, who played at Pescara before moving to PSG.