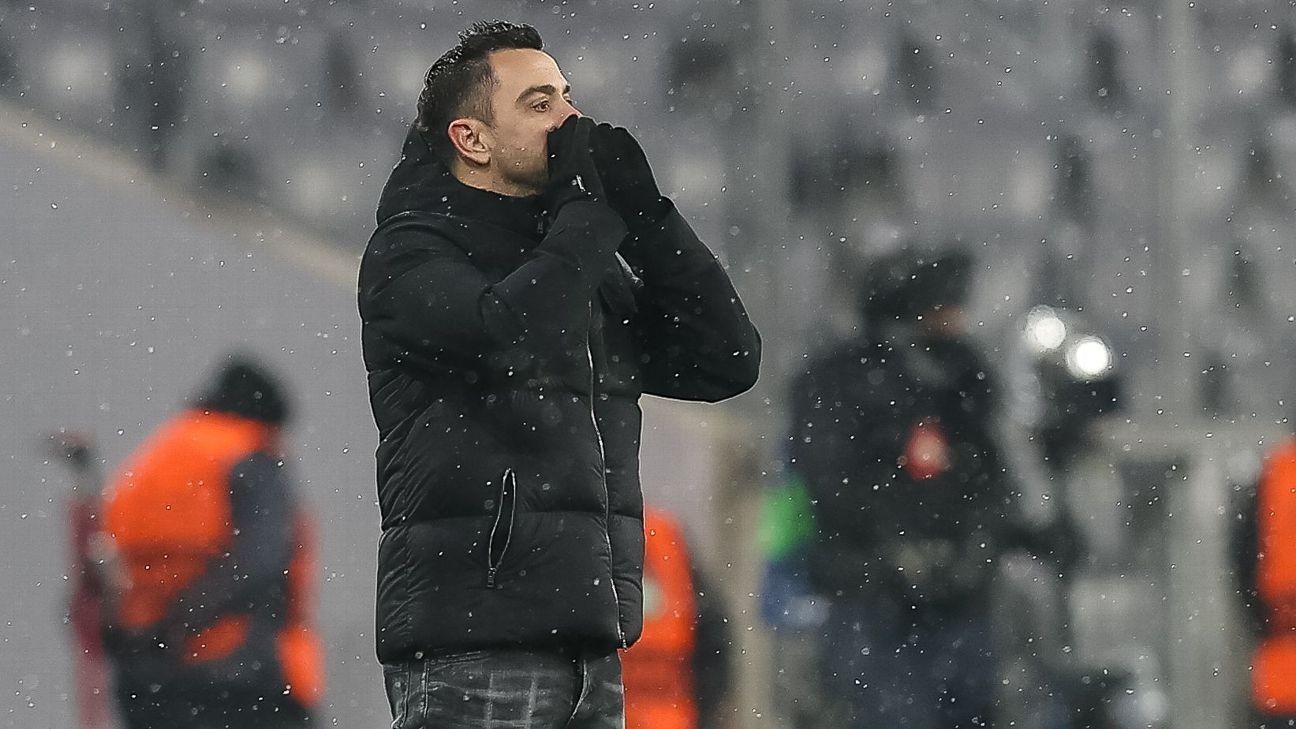 Barcelona coach Xavi Hernandez wants the club's early Champions League exit to serve as a point of inflection and the start of a new era at Camp Nou.

Goals from Thomas Muller, Leroy Sane and Jamal Musiala earned Bayern Munich a 3-0 win at the Allianz Arena on Wednesday and condemned Barca to a place in the Europa League in the New Year.

It's the first time since 2003-04, when Barca were in the UEFA League, that the Catalan club will not be in the knockout stages of the Champions League, a competition they have won five times.

Xavi, who replaced Ronald Koeman as coach in November, conceded that the loss in Munich served as a wake-up call to the scale of the task facing him.

"Bayern dominated us," he said. "We always want to dominate but it was the opposite here. We must demand more. We're Barca. This must be a point of inflection to change the dynamic and many more things.

"This is the Champions League, but this is also our reality. It's the situation we're in. I'm angry. This is the reality and it pisses me off. We have to tackle it face on. There's nothing else for it.

"A new era starts today. We start from zero. Our objective is the Champions League, not the Europa League but that is our reality now and we have to try and win it."

Xavi's return to Barcelona as coach began with two wins and a draw, but the defeat to Bayern came after a 1-0 reverse at home to Real Betis in LaLiga at the weekend, which left Barca languishing in seventh in the table.

"I've seen how tough the reality is," Xavi added. "I hoped we would compete better. Bayern are better. That's the reality. But we're going to work hard and give our all so that this doesn't happen again. It's a feeling of helplessness.

"We have to start to get Barca back where they belong, which is not in the Europa League. This is also a hammer blow for me as a coach. We will work hard to bring Barca back, but we have to change a lot, of course."

Barca have declined sharply since last winning the Champions League in 2015. Since then, they have suffered heavy defeats to Paris Saint-Germain (twice), Juventus (twice), AS Roma and Liverpool.

Muller opened the scoring in the 34th minute, with Sane adding the second in a one-sided contest from distance just before the break. Musiala scored the third in the second half after good work from Alphonso Davies.

Bayern had already booked their place in the last-16 as group winners, but the win ensures they progress with a 100 percent record for just the second time.

They're joined in the knockout stages by Benfica, who beat Dynamo Kiev 2-0 on Wednesday to jump ahead of Barca into second place in Group E.