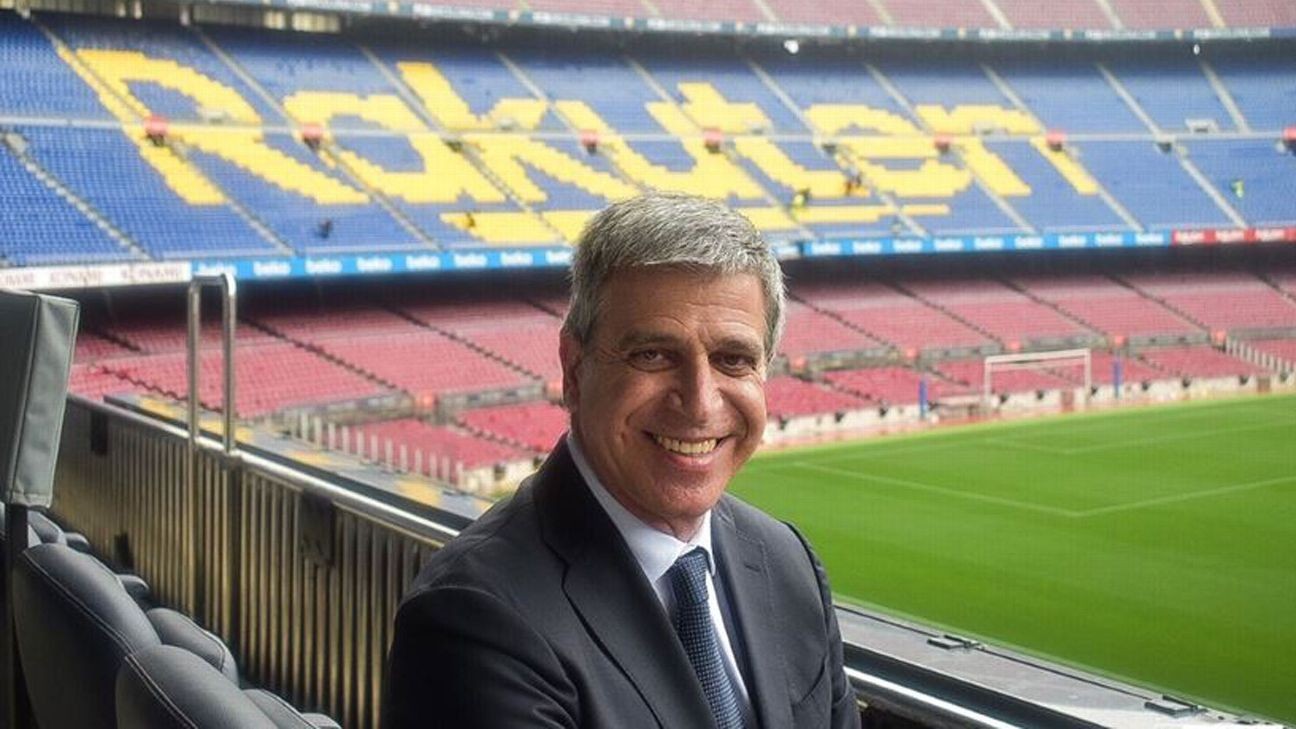 Barcelona bounced back from their Champions League upset at Liverpool with a 2-0 win over Getafe.

With Philippe Coutinho still struggling to adjust to life at Barcelona, compatriot Dani Alves feels says he needs to change his mentality if he wants to succeed.

Lionel Messi's former teammate Dani Alves discusses the huge responsibility the Argentine currently has on his shoulders at Barcelona.

Barcelona hope the success of their women's team in Europe this season will provide the springboard for a franchised side in the United States in the future, the Catalan club's vice president Jordi Mestre has told ESPN FC.

Barca meet Lyon in the Women's Champions League final in Budapest on Saturday but continue to seek other ways to invest in women's football. The club are working on improving the academy sides which feed the first team, but have also re-opened talks to launch a women's team in the U.S.

President Josep Maria Bartomeu told ESPN FC in March that negotiations with the National Women's Soccer League had stalled but Mestre said the club are still hopeful of landing in the U.S. and that once they do they don't plan on leaving.

"For us, the priority is to consolidate women's football within the club, not just the first team but in all the age groups we have," Mestre said. "After that, we're looking at a really exciting project, which is to enter a team in the league in the United States.

"We know women's football in the U.S. is very powerful. To our understanding, there's almost the same percentage of boys and girls that play football. It's still a young sport in the country, but that's spectacular.

"It's a medium-to-long-term project and we're working on it at the moment. It's not easy, but it's a project we're keen to push through and the objective is there. What we're clear about is that if we managed to launch a franchise in the U.S., it's to stay there.

"It's not to be there for one or two years and then leave. For that reason, what the club wants is the security that when we make the move it's for good. That's why it's not a short-term project, because we need all the components in place to be able to stay. We need to find a location, a club... there are a lot of factors."

It had been claimed that NBA Hall of Famer Magic Johnson would head up the club's franchise and Mestre said the ex-basketball star's name has come up in talks but that the reports were exaggerated.

"He was one of the shareholders of a possible candidate," the vice president said. "It wasn't Magic Johnson's team.

"We won't pick a project based on names, though. What we want is a solid project, with solid finances and a solid sporting foundation."

Barcelona have found that balance in Spain in recent years. Mestre has taken on responsibility for the women's team since 2010, when he visited them on a camping trip up the Catalan coast, which served as their preseason tour.

The contrast between the women's team's preseason and the men's served as a point of inflexion for Mestre. Since then, the team has turned professional, toured the U.S. with the men's team last summer and is now completely self-sustainable.

"The team turned professional in 2015 with resources that the club had at the time," Mestre said. "But as of last summer, when we signed a sponsorship deal with Stanley which brings in money for the women's team, the team is economically autonomous and sustainable."