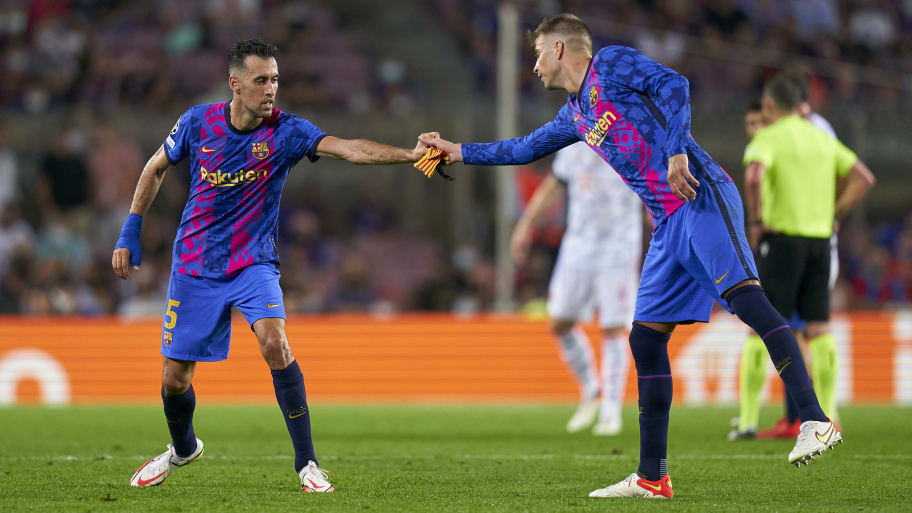 The Blaugrana's financial struggles have been well documented over the last few years, with the club's last two boards insisting that players on big wages need to take pay cuts in order for them to become sustainable again.

Current president Joan Laporta has been trying to ease Barça's financial woes by activating 'levers', selling portions of club-owned properties or TV rights in exchange for cash up front.

However, Barcelona may still face problems registering their new signings for domestic action due to La Liga's strict financial policies, and Catalan journalist Gerard Romero reports that the board have asked Busquets and Pique to take additional pay cuts to help with the situation.

The stalwart duo took significant pay cuts last summer to help the club, and they have been spotted meeting with high-ranking Barcelona officials in recent days to discuss further reductions.

Previous reports in Spain have suggested that Busquets and Pique are unwilling to take further pay cuts, though this situation may have since changed.

Barcelona are planning to raise funds with the sales of fringe players before the end of the transfer window. Memphis Depay and Martin Braithwaite are among those who could be shifted, while 90min understands that goalkeeper Neto is in talks with Bournemouth.