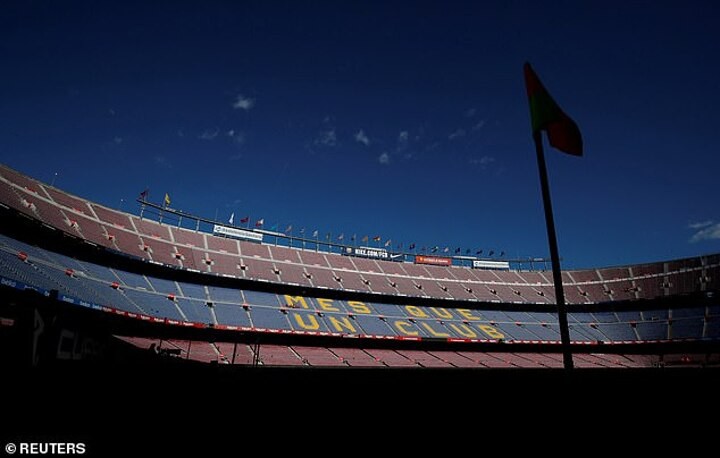 Barcelona have reportedly asked a host of major banks to delay debt repayments so that the club can avoid insolvency, in an alarming development for the club's supporters.

According to El Confidencial via Football Espana, the Catalonians have requested from Goldman Sachs, Allianz, Barings, Amundi and Prudential a dispensation for failing to financially comply, which points to a non payment of approximately £178m.

The LaLiga side reportedly have a negative working capital of £535m, with a further £89m owed to other lenders.

Barcelona announced during the 2019-20 season that it expected to be the first club to break the £1bn barrier for income in a single year in football, however that figure was blown off course by the coronavirus pandemic.

And last October, the club announced that the club's debts had doubled in worrying new financial results for the 2019-20 season.

As a result, the club have made cuts to its first team squad in a bid to reduce the wage bill, with a reported £71m slashed from the books after the sales of Nelson Semedo, Arthur, Ivan Rakitic and Marc Cucurella.

There has been considerable turmoil at the club since last summer, in which Lionel Messi's feud with Josep Bartomeu exploded into the public domain with the Argentine looking to force his way out of the club.

The club hierarchy disputed the eligibility of a release clause in his contract and, in a bid to avoid a lengthly legal battle with the club, Messi opted to stay this season.

Bartomeu has since resigned as president, and interim president Carlos Tusquets revealed to Catalonian radio station RAC1 that the club have failed to pay players for their pre-agreed January salary.

Player wages have consumed most of the club's budget, with Tusquets previously revealing that the salary of the squad was at 70 per cent of the total budget available at the club.

Barcelona were set to elect a new president early this year but that has been delayed as a result of the coronavirus pandemic.

The next president and his board will have to deal with the situation as a priority, with €420m of that debt owed in the next 12 months.

That is something the club cannot currently afford, and so a expensive restructuring of those debts will likely be needed, throwing the club into a further financial hole.