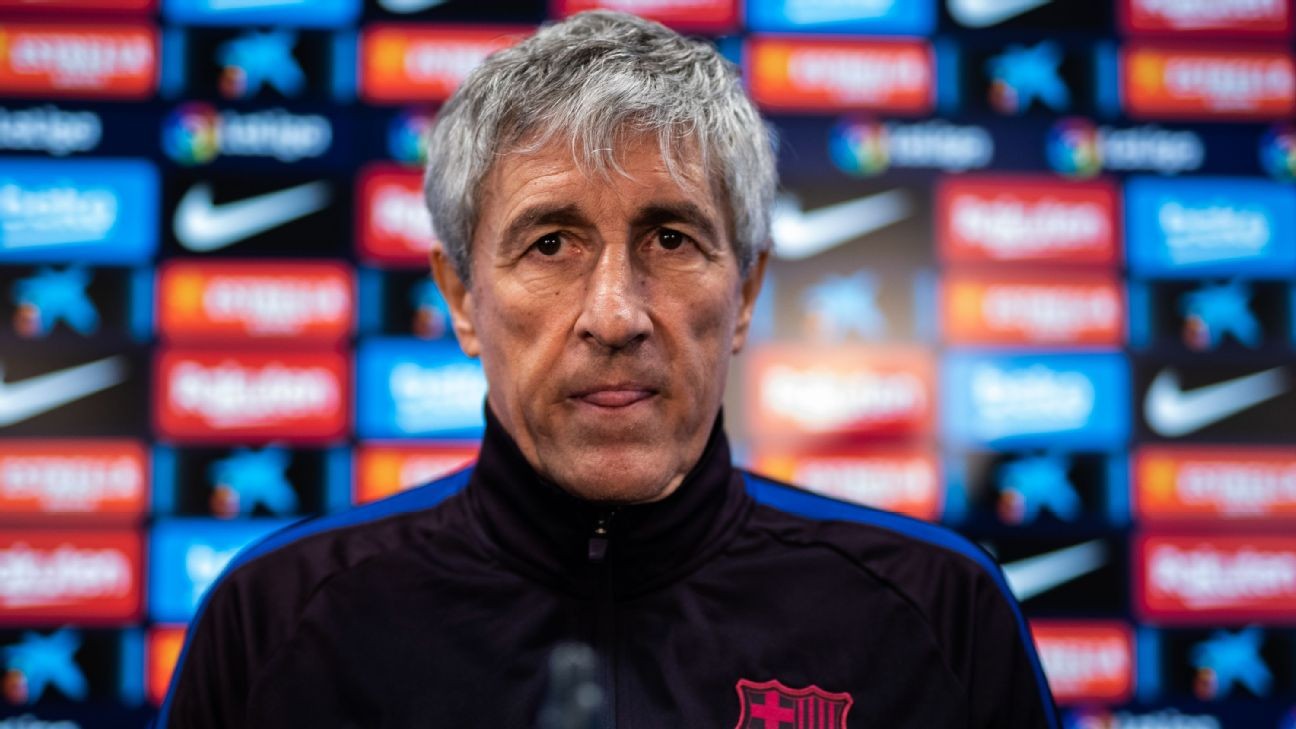 Sid Lowe examines the series of missteps by Barcelona in trying to replace Luis Suarez this transfer window.

Quique Setien may have landed the job of his life when he was appointed Barcelona coach last month -- but he is already thinking about how he wants to be remembered in death.

"I want my tombstone to say that I won the Champions League with Barca," the 61-year-old said in an interview with Catalan newspaper L'Esportiu on Saturday.

Setien was the surprise choice to succeed Ernesto Valverde as the club's coach after the latter was sacked despite winning back-to-back league titles and leading the team to the top of the standings at the halfway stage of the season.

The former Real Betis and Las Palmas coach was chosen for his devotion to the attacking ideas of Barca's spiritual Godfather Johan Cruyff, although he has never lifted a major trophy as a manager, a record he is keen to put right.

"I have already told the players that I am getting on and I don't have much time to lose," added Setien, the oldest coach in the Spanish top flight.

"I said to them they can lend me a hand by winning something."

Setien suffered his first defeat in charge when Barca were beaten 2-0 by Valencia last week, although the champions enjoyed a therapeutic 5-0 thrashing of Leganes on Thursday to progress to the quarterfinals of the Copa del Rey.