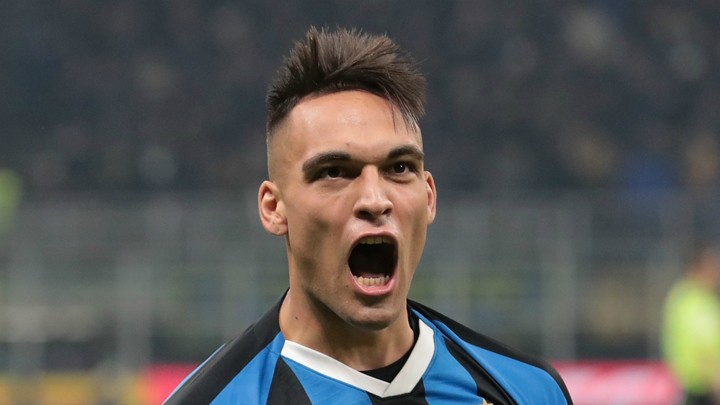 Argentina international Martinez is reportedly a target for Barca and La Liga rivals Real Madrid after scoring 18 times in 33 appearances this campaign.

Inter are rumoured to have already considered Paris Saint-Germain's Edinson Cavani as a replacement, but Zamorano "has no doubt" Martinez will still be at San Siro next season due to the financial constraints caused by the coronavirus pandemic.

"I really hope Lautaro stays at Inter. He is a young guy, 22 years old; Cavani is 11 years older and has enormous experience in different clubs. But Cavani's arrival has nothing to do with the sale of Lautaro," he told Mexican broadcaster MisionTUDN.

"Barcelona have economic problems that don't allow them to sign Lautaro, so in my opinion he'll stay, I have no doubt.

"Cavani can be an alternative to the starters. There are many rumours - [Alexis] Sanchez will return to Manchester United and Cavani can occupy that space in the forward department."

Speculation Martinez could be on his way to Barca has gathered pace with suggestions from Carlos Blanco, the president of Martinez's first club, that a deal is "practically done".

Zamorano is adamant a transfer will not go through, however, even if Arturo Vidal is offered to Inter in a player-plus-cash exchange.

"I guarantee that Lautaro is the future of Inter," he added. "Barcelona must put €100 million on the table, which is the least that Inter has asked for Lautaro.

"[Antonio] Conte likes Vidal very much, for sure, but first they have to offer €100m."

Former AC Milan and Real Madrid boss Fabio Capello has agreed that Martinez should stay at Inter, but his rationale comes down to a lack of playing time on offer rather than a lack of funds.

"He has everything – a lot of quality, very fast moves and also he's very good when he shoots on goal.

"Going to Barcelona and becoming a starter with Luis Suarez there is difficult. I think it is better to be a starter at Inter than a substitute at Barcelona."