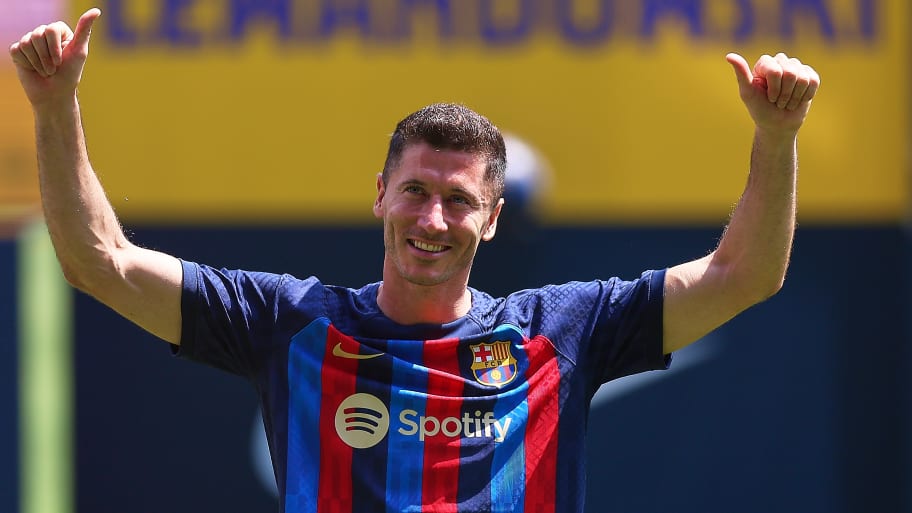 Barcelona have confirmed that Robert Lewandowski will take the club's number 9 shirt following his move from Bayern Munich.

The 9 was previously worn by Memphis Depay, who fell down the pecking order following Pierre-Emerick Aubameyang's January arrival and has since tumbled even further as a result of the club's summer business.

On the decision to hand Lewandowski the number, president Joan Laporta said: "It is a club decision for reasons that interest the club, image and advertising. It has been done.

Asked about his move to Barcelona, Lewandowski added: "It's a challenge to come to Barcelona to show everything I can do on the pitch in the first games of the season. Also, to push the rest of the players to be better thanks to my experience.

"I don't just think about myself, but about the team's performance as a whole. If I can help with my experience, not only with the game but with my words... I've seen a lot of things in my life in football. If I can use that and help, I will.

"I know these are not the best times for the club, but when I spoke with Joan and saw the project, the direction they want to take, it was the first step. I know the future will be bright. This team has a lot of potential. Everything is going well.

"We have to show from the beginning of the season that we're on the right track. It's not easy and you have to be prepared for everything. With this project, many different things can happen this season."