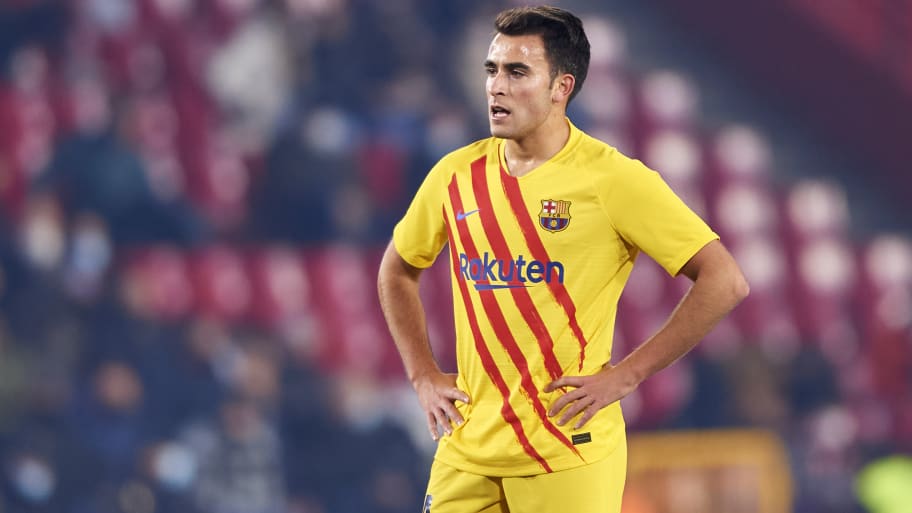 Barcelona have confirmed that they expect defender Eric Garcia to miss around five weeks of action with a hamstring injury.

The summer signing managed 54 minutes of Saturday's 1-1 draw with Granada before limping off with the problem, with Clement Lenglet coming on to replace him.

He was quickly sent for checks on the issue, and Barcelona have now confirmed that Garcia injuted his hamstring and will be sidelined for at least a month.

A five-week absence would see Garcia miss the upcoming Super Cup, which begins with a semi-final against Real Madrid on Wednesday, while he would also miss the Copa del Rey last-16 tie with Athletic Club.

In La Liga, Garcia is expected to miss meetings with Alaves, Atletico Madrid and Espanyol, but the hope is that he could return in time for Barcelona's debut in the Europa League against Napoli on February 17.

In the short term, Garcia's injury is a real problem for manager Xavi, who is already without Ronald Araujo after the Uruguayan was forced under the knife to address a hand injury – surgery that is expected to keep him out of the Super Cup.

Gerard Pique, who turns 35 in February, will likely have an increased workload in the coming weeks, with Lenglet, Oscar Mingueza and the unwanted Samuel Umtiti - who continues to be linked with a move away from Camp Nou - his only other options.

Xavi is also without midfielders Frenkie de Jong, Pedri and Sergi Roberto as well as forwards Martin Braithwaite and Ansu Fati, although the latter is expected to make his return in Wednesday's semi-final.

Ferran Torres also remains out with Covid-19 but he is yet to be registered in the squad anyway, with Philippe Coutinho's departure to Aston Villa not clearing enough room in the wage budget to include the Spaniard.

This article was originally published on 90min as Barcelona confirm severity of Eric Garcia's hamstring injury.