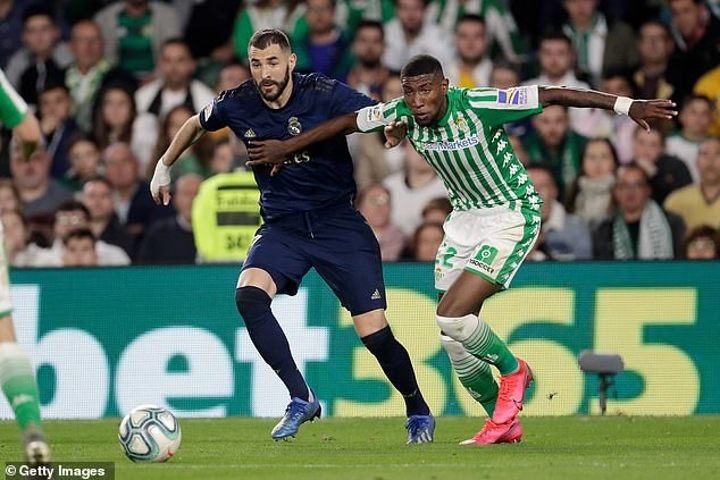 Barcelona are reportedly considering paying £8million to reacquire Emerson from Real Betis for next season.

The Brazilian right-back was announced as a Barcelona player last summer after they struck an £11.2m agreement with Atletico Mineiro.

But the details of the deal were complex with Real Betis agreeing to pay half of the transfer to retain a percentage of the player in a joint financial operation.

Emerson immediately joined Betis on a two-and-a-half year deal to further his development while Barcelona held a £5.2m option to re-sign him once his contract expired in 2021.

However, reports in Spain have claimed Barcelona want to trigger that early after Emerson has caught the eye playing for Betis this season.

According to AS, Barcelona have been impressed by 21-year-old Emerson and believe he could be a regular starter in their team at the expense of Nelson Semedo, who is facing an uncertain future at the club.

Barcelona have stalled contract talks with Semedo despite interest from Atletico Madrid as they weigh-up whether or not to pay an extra £3m to sign Emerson a year earlier.

The Brazil international has made 24 appearances for Betis this season, scoring three times and laying on a further five assists while his good form has seen him already earn comparisons with former Brazil star Maicon.