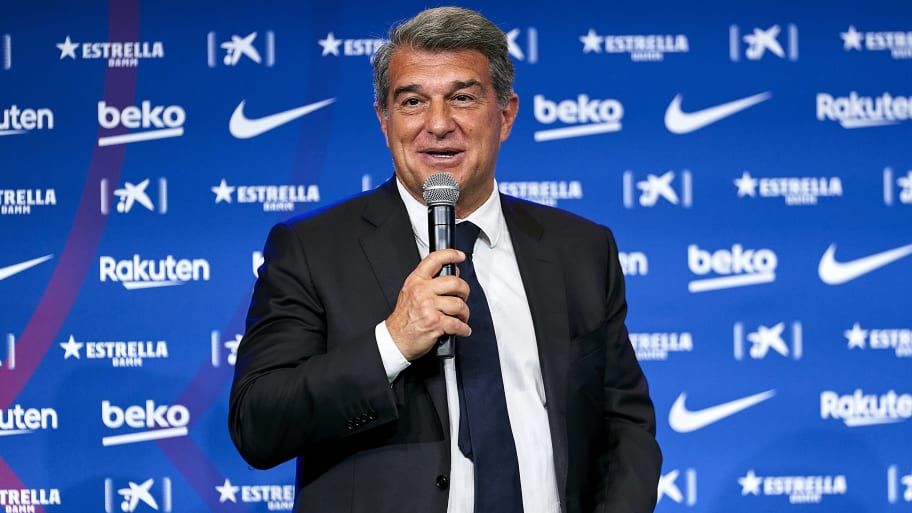 Just when you thought Barcelona couldn't get any more messed up, we've now got the news that they are prepared to take their players to court if they do not agree to lower their salaries.

Barcelona have asked all their big earners to agree to wage cuts in an attempt to stabilise their finances and allow them to re-sign Lionel Messi who, along with summer signings Sergio Aguero, Memphis Depay and Eric Garcia, cannot be registered until the club falls below the salary cap.

Messi has already agreed a hefty pay cut and there are hopes that Gerard Pique, Sergi Roberto and Sergio Busquets will strike deals in the near future, but Mundo Deportivo state that Barcelona are getting seriously worried that other high earners may not agree.

Among the biggest names hesitating to accept Barcelona's proposal are Samuel Umtiti and Miralem Pjanic, both of whom have been offered the chance to terminate their contracts, but the biggest surprise to the club has been the lack of interest from left-back Jordi Alba.

Barcelona have warned those rejecting the plans that they have until August 15 to agree to cut their salaries, after which the club will consider drastic measures and are even prepared to take those players to court.

They are going to sue their own players for attempting to stick to the terms of their legally binding contracts.

Barcelona are already heading to court after Matheus Fernandes sued the club for unfair termination of his contract, and there might even be more work for the lawyers to do.

There are obvious hopes that such drastic measures won't be necessary, but Barcelona are just that desperate. They have no other choice but to slash their wage budget, and if players won't help out, something will have to be done about it.

In the meantime, manager Ronald Koeman is pushing for those rebels to accept the proposals, insisting everyone at Camp Nou needs to understand the reality and the gravity of the situation.

"Everyone has to appreciate the moment we are in and we have to accept it," he said. "Those in charge are Barca people of many years, and I think that on the part of the players, we have to make an effort to move forward and improve out squad.

"Like last year, the players helped the club, and if they need a little more help, you have to make an effort, like me as a coach. It's about trying to give as much as you can."

This article was originally published on 90min as Barcelona consider suing players who refuse to take pay cuts.