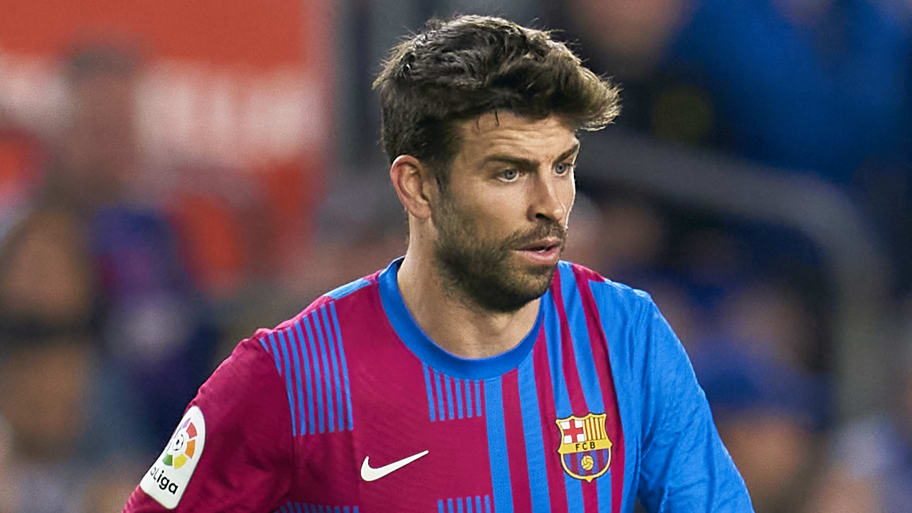 Barcelona are claimed to be contemplating the future of centre-back Gerard Pique as they explore ways to trim their wage budget even further.

The 35-year-old is one of Barcelona's top earners and still has two more years on his contract, but he struggled at times last season and found himself suffering with several injury problems towards the end of the campaign.

AS note that Barcelona are still huge fans of Pique and absolutely appreciate his loyalty and years of service to the club, but there is an acceptance that his costly contract is somewhat of an issue for a team in their financial situation.

To add to the concern about his salary, Barcelona chiefs are also believed to be worried that the veteran defender is becoming an issue off the field, with Pique finding himself embroiled in a handful of controversies recently.

The centre-back was part of a scandal which saw him broker a deal to play the Spanish Super Cup in Saudi Arabia, while it was recently revealed that he pushed to have David Aganzo removed from the Spanish players' union.

While neither of these instances are disasterous for either Pique or Barcelona, there is claimed to be a feeling at Camp Nou that it could be wise for the club to move on from him this summer.

Barcelona are looking to trim their wage budget and need to make drastic cuts if they are to enjoy the transfer market to the fullest. They already need to lower their salary bill to register imminent new signings Andreas Christensen and Franck Kessie, while club officials are looking at plenty of other transfers as well.

Bayern Munich's Robert Lewandowski is the top target, while Leeds' Raphinha, Manchester City's Bernardo Silva and Chelsea duo Cesar Azpilicueta and Marcos Alonso are all high on the wish list too,

Clearly, Barcelona need to shed a lot of wages this summer, and the feeling is that some at Camp Nou believe offloading Pique could be the best way to do that.

This article was originally published on 90min as Barcelona 'considering' Gerard Pique's future.