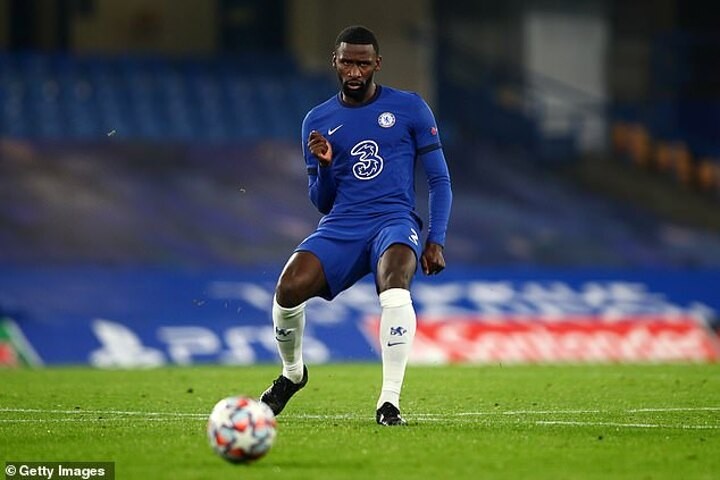 Barcelona have reportedly made Antonio Rudiger and Shkodran Mustafi their alternative defensive targets if they fail to sign Eric Garcia when the transfer window opens next month.

Gerard Pique is likely to be sidelined for around four months after picking up a knee ligament injury in November, leaving Ronald Koeman's side short of option in the centre of defence.

Garcia is still Koeman's No 1 target but the LaLiga side have lined up the out-of-favour Rudiger and Mustafi as possible back-up options, according to Mundo Deportivo.

The cash-strapped Catalans pulled out of a deal to sign Garcia in the summer because they were unable to raise the £9million fee Manchester City were demanding.

The 19-year-old has made five appearances for Pep Guardiola's side this season, with three of those games coming in the Premier League.

Garcia, who was a product of Barca's academy before joining City in 2017, is out of contract at the Etihad at the end of the season, meaning he would be available on a free transfer.

However, Pique's injury has heightened the need for reinforcements. The 33-year-old could be back in action in April after managing to avoid surgery but the club are currently down to one senior centre back and are already 10 points behind LaLiga front-runners Real Sociedad.

If a deal for Garcia can't be reached, Koeman could make a move one of Rudiger and Mustafi.

Rudiger was heavily linked with a move away from Chelsea in the summer but an exit failed to materialise.

The 27-year-old has made two appearances in the Champions League and has played one Premier League match under Frank Lampard this season.

Mustafi, who has recently returned from injury, has played five times in all competitions this season and is out of contract at the end of the campaign.

Rudiger is contracted at Stamford Bridge until 2022, meaning Chelsea could demand a slightly larger fee for the German.

Barca could also recall Jean-Clair Todibo who is out on loan at Benfica. However, he has not played a game for the Portuguese side and is not considered to be trusted by Koeman.

Samuel Umtiti is another defensive option but he has also been cast out by Koeman and is yet to play a single minute under the Dutchman. Everton are thought to be interested in a move for the France international, which would free up some funds for the manager to recruit one of his targets.