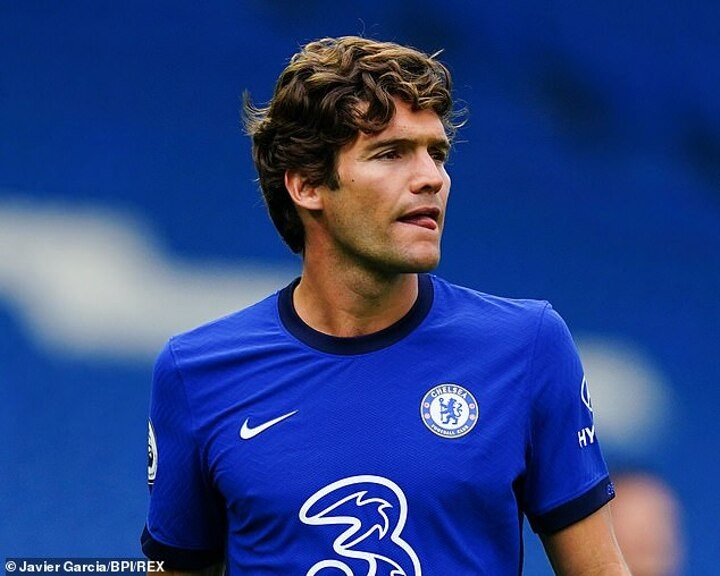 Barcelona 'are looking to sign a left-back with Chelsea's Marcos Alonso and Valencia's Jose Gaya among their targets.'

The Nou Camp side are making contingency plans should Junior Firpo, who has been linked with a loan move to AC Milan and West Ham, leave before the end of this month's window.

And, according to Mundo Deportivo, out-of-favour Chelsea defender Alonso and Valencia captain Gaya are being considered.

The role of any new signing in the left-back position would be as back-up to Jordi Alba.

Alonso, 30, hasn't played for Chelsea since former manager Frank Lampard removed him at half-time with the team trailing 3-0 to West Bromwich Albion back on September 26.

Alonso reportedly wanted to watch the second half of the match at The Hawthorns, which saw Chelsea come back to draw 3-3, on the team bus rather than in the stands, causing an argument with Lampard that led to him being frozen out.

The Spain international came through the academy ranks at rivals Real Madrid but Barcelona are said to value both his offensive and defensive capabilities as well as his 6ft 2in height which could allow him to slot in as a central defender.

He is contracted to Chelsea until the summer of 2023 and it remains to be seen whether new manager Thomas Tuchel brings him back into the fold.

Gaya, 25, is also a Spain international and has played more frequently this season, setting up four goals in LaLiga action.

Valencia owner Peter Lim needs to sell players to offset financial losses and Gaya, one of their prize assets, could be available for around £12million.

Mundo say that Gaya has tried to negotiate a better contract with Valencia than the improved one that the club tabled.