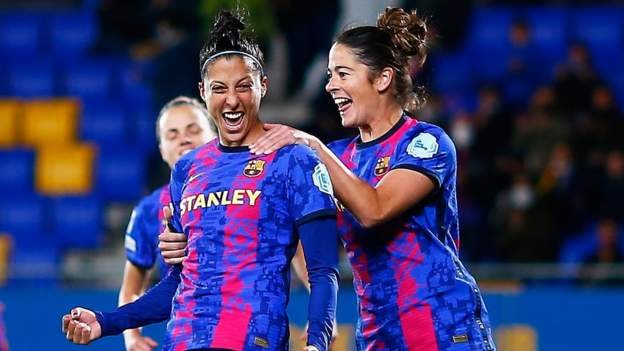 Barcelona have sold more than 70,000 tickets for their Women's Champions League quarter-final against Real Madrid at the Nou Camp in March.

The previous highest attendance for a women's club match was Barca's La Liga game against Atletico Madrid in 2019, with a crowd of 60,739.

Barca tweetedexternal-link on Friday that 70,000 tickets had been claimed.

The Spanish club offered members the chance to claim tickets for free, while they gave a 50% discount to other fans.

On Thursday morning they said that 35,600 tickets had gone in the first 24 hours since release for the second leg of the last-eight clash on 30 March.

It will be the second time Barcelona's women's side have played at the Nou Camp, which has a capacity of 99,354, but the first time in front of supporters.

Covid-19 restrictions meant no fans could attend their first competitive fixture at the stadium in January last year.

The Apprentice is back: Who will be the first to be told 'You're Fired'?Family. Loyalty. Honour: The Peaky Blinders series 6 trailer is here