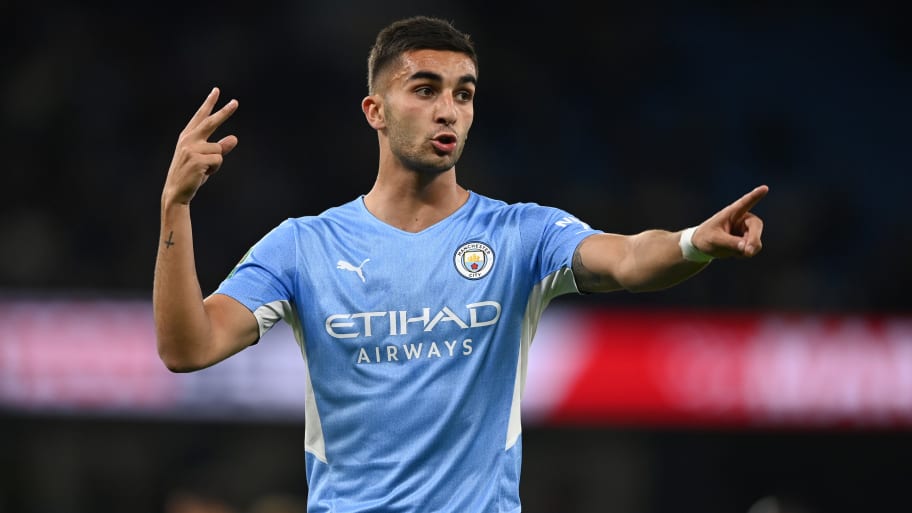 Barcelona director Mateu Alemany has travelled to Manchester as part of a pre-January transfer window scouting trip, with City forward Ferran Torres on his wish list.

The Catalan side have already landed Dani Alves on a free transfer and are aiming to complete two more signings in January, but limited funds mean loan deals with views to permanent moves are likely to be their modus operandi.

Just what Alemany is up to has been discussed at length by the Spanish media. It was Cadena SER who revealed his trip to Manchester, and initially, it was expected to involve long-term target Raheem Sterling.

Sources have confirmed to 90min that Sterling is very keen on joining Barcelona in January, having grown frustrated with his limited minutes under Pep Guardiola, while the Blaugrana are known admirers of the winger.

While Sterling's name will likely have been mentioned, Gerard Romero claims that it was actually Torres who was the subject of Alemany's visit to the City offices.

Barcelona have been following Torres for years and are now rumoured to be keen to act on that, while the Spaniard himself is said to be interested in a return to his homeland and a move could be on the cards in January.

Marca go as far as to state that an agreement has already been found over personal terms with Torres, whose representatives were in Barcelona last Tuesday. He has been promised a near-permanent role in the team and is believed to be keen to take up that offer.

Manager Xavi was actually asked about the rumours and which player he would want Alemany to bring him back from Manchester, to which he jokingly responded: "[Eric] Cantona".

Once his stop in Manchester is over, Alemany is expected to jet off to Leipzig for a meeting over the future of La Masia academy graduate Dani Olmo.

Olmo comes with a huge price tag and may be a tricky signing, but Barcelona are expected to have more luck with City, particularly over Sterling.

Sterling does not believe that he is a long-term part of Guardiola's thinking at City, and while the reigning Premier League champions are not actively looking to offload him, they will not stand in Sterling's way if a satisfactory offer arrives and a suitable replacement can be found.

As for Torres, the 21-year-old was an integral part of Guardiola's squad earlier in the season, with his ability at striker invaluable to a side lacking an out-and-out forward, but a foot injury in mid-October derailed his momentum.

This article was originally published on 90min as Barcelona director travels to Manchester for Ferran Torres talks.