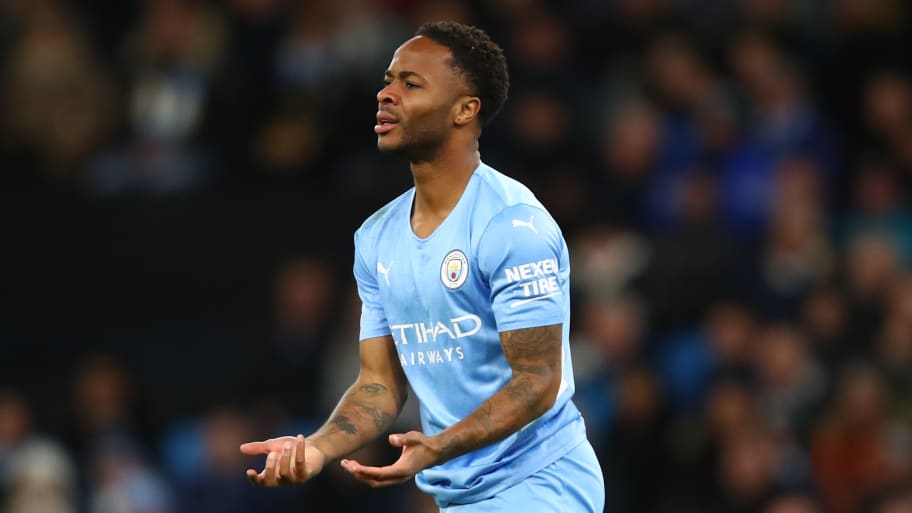 Barcelona's board will meet this week in order to discuss the 'feasibility' of signing Raheem Sterling from Manchester City.

Sterling is now in his seventh season at the Etihad Stadium, though he has often been overlooked in their biggest games in the last year.

Many expected him to have a comeback year at Man City after impressing with England at Euro 2020, being named in the team of the tournament. However, Sterling has made just three Premier League starts this season.

He has been heavily linked with a move to Barcelona in recent weeks, and Matteo Moretto of Sky Sport Italia reports that signing Sterling remains a 'true objective' of the club.

The board will convene this week to explore the possibility of a bid for Sterling as they continue to battle serious financial problems. Any potential signings are expected to be run past new head coach Xavi first, however.

The returning Barça legend played a key role in the re-signing of Dani Alves last week, while reports have also suggested the club will reignite their interest in Juventus midfielder Adrien Rabiot.

Sterling said in October that he was "open" to leaving the Etihad and moving abroad.

“If there was an opportunity to go somewhere else, I’d be open to it at this moment in time," he said.

“As an English player, all I know is the Premier League. I’ve always known that maybe one day, I would love to play abroad and see how I would come up against that challenge."

90min revealed last month that City will not stand in Sterling's way if he is intent on leaving the Etihad, though they are keen for him to stay and fight for his place.

Pep Guardiola remains a huge fan of Sterling - who has come on leaps and bounds under the Catalan's guidance - but the player is open to a move to Camp Nou and his representatives have been looking into a January move.

Should Sterling depart, then City could turn to Real Sociedad winger Mikel Oyarzabal, who has long been admired at the Etihad and has started the 2021/22 season in fine form.

This article was originally published on 90min as Barcelona discussing 'feasibility' of signing Raheem Sterling.