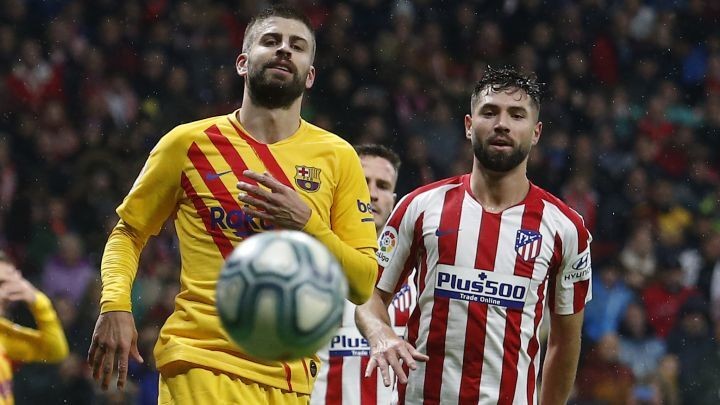 To combat the injury crisis affecting the squad's central defenders, Barcelona have set their sights on the Atlético centre-back who isn't in Simeone's plans.

Barcelona are scouring the market in search of top level central defenders and have set their sights on Atlético Madrid's Felipe Augusto. To combat the plague of injuries affecting the position, with Gerard Piqué's being the most serious of the lot, Barça's technical department have emphasised the need to sign two central defenders. Éric García is one objective for next month's transfer window and the plan is to bring in at least one more centre-back.

Felipe, 31, joined Atlético last season from Porto. He struggled initially to break into the side but managed to become a first choice starter just before the Coronavirus pandemic started. Once competition resumed, Felipe was back on the bench and he has hardly figured at all under Simeone this season.

Barça have noticed that Felipe isn't getting playing time at Atlético as El Cholo has opted for three central defenders in the team's recent games with Savic, Giménez and Mario Hermoso.

Barcelona's' idea is either to sign the player outright or take him on a six-month loan but Atlético are not considering letting Felipe leave because it would leave them short-staffed as they battle in  three competitions. They will need four top class central defenders in their squad as they juggle LaLiga and Champions League games - and for when they enter the Copa del Rey in a fortnight's time.

With Umtiti, Araújo, Piqué and now Lenglet also sidelined, several names have been mentioned as possible new recruits next month. Koeman has been forced to use De Jong and Mingueza at the back in the team's last two games. Felipe is the option they like the most. Whether Barça can persuade Atlético to let him go is another matter - even while Simeone isn't counting on the Brazil international...