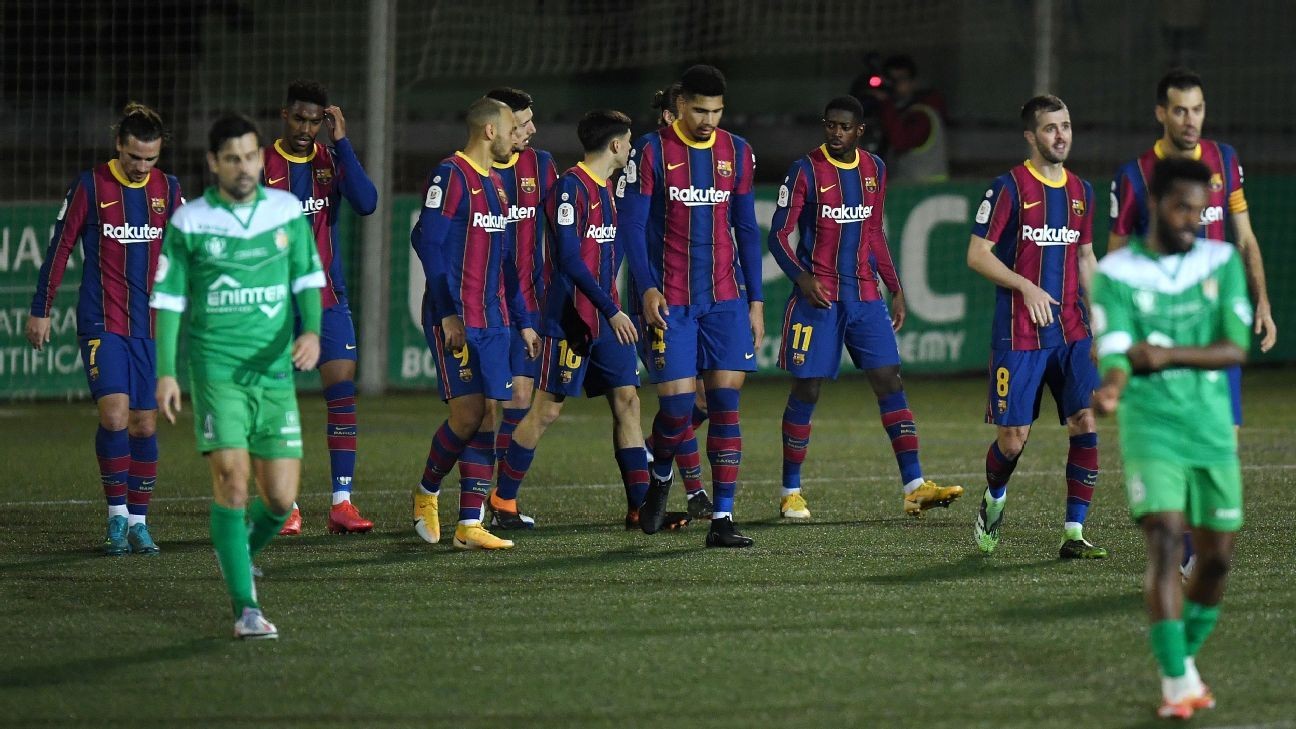 Barcelona squeaked by a courageous Cornella side, 2-0, to reach the round of 16 of the Copa del Rey on Thursday.

The Blaugrana looked in danger of being the second of La Liga's giants to be eliminated at this stage after Real Madrid fell to tiny Alcoyano on Wednesday, but goals from Ousmane Dembele and Martin Braithwaite in extra time ensured Ronald Koeman's side passage in the competition.

Cornella keeper Ramon Juan saved a pair of penalties -- from Miralem Pjanic and Dembele -- and made a handful of stunning saves in the first 90 minutes to send the match to extra time.

The failures from the spot marked the first time Barcelona had missed two penalties -- saved or off target -- in a match since the 2005-06 season.

Dembele, though, got his revenge in the second minute of extra time when his thunderous right-footed shot from distance skimmed off the hands of a diving Juan and shot into the net.

United States teen Konrad De La Fuente entered as a substitute in the 101st minute and nearly scored moments after coming on.

Braithwaite added a goal from a breakaway with the last kick of the game to complete the scoring.

Barcelona will learn their round of 16 opponent on Friday, Jan. 22 when the draw is held. The next round of games will be played between Jan. 26-28.