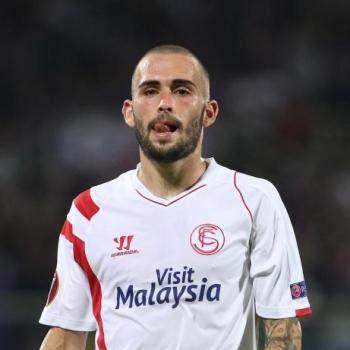 Linked to a move outside Barcelona FC since last September, due to having been constantly ignored by Luis Enrique, Spanish right-back Aleix Vidal (27), who has now been lined up instead in Champions League match victory over Borussia Monchengladbach (4-0 was the final outcome), and, after that, has been praised by the manager, might unexpectedly end up being granted another chance. The player stated he is indeed available to stay put, while Inter Milan, AC Milan, Napoli, FC Seville and Sunderland are still planning to try signing him.