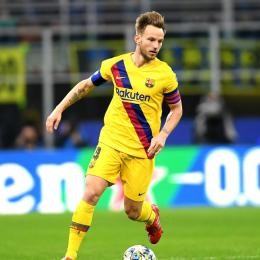 Interviewed by Bleacher Report, Croatian international midfielder and Barcelona out-of-grace player Ivan Rakitic (turning 32 on March 11), addressed with a summer move, stated: "Of course I'd like to play with CR7. He's one of the greatest footballers in history. Watching what he's doing at Juventus is marvelous. Underrated players? There's a lot of them around. Mourinho said I was one, and - laughing, Editor's Note -  he was right about it, of course. Pjanic, anyway, is one of them. Best footballer I played in, and best one iI played against? Easy. The former is Messi, the latter is Messi".