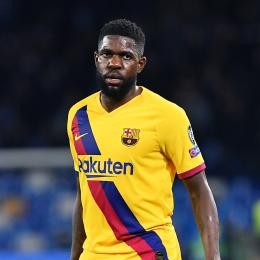 Interviewed by Canal+, French international centre-back Samuel Umtiti (turning 27 on November 14), significantly dropped on Barcelona FC team hierarchy throughout last year, talked about an Olympique Lyonnais move-back scenario turned out for him during last market window: "OL is my home team, and Lyon is the city I most keep in the bottom of my heart. That's the club which provided me the chance to play at a European level first, coming from which I joined Barça, and from whose ranks I made my NT debut. We did have some talks ongoing, though they never developed into an actual negotiation".