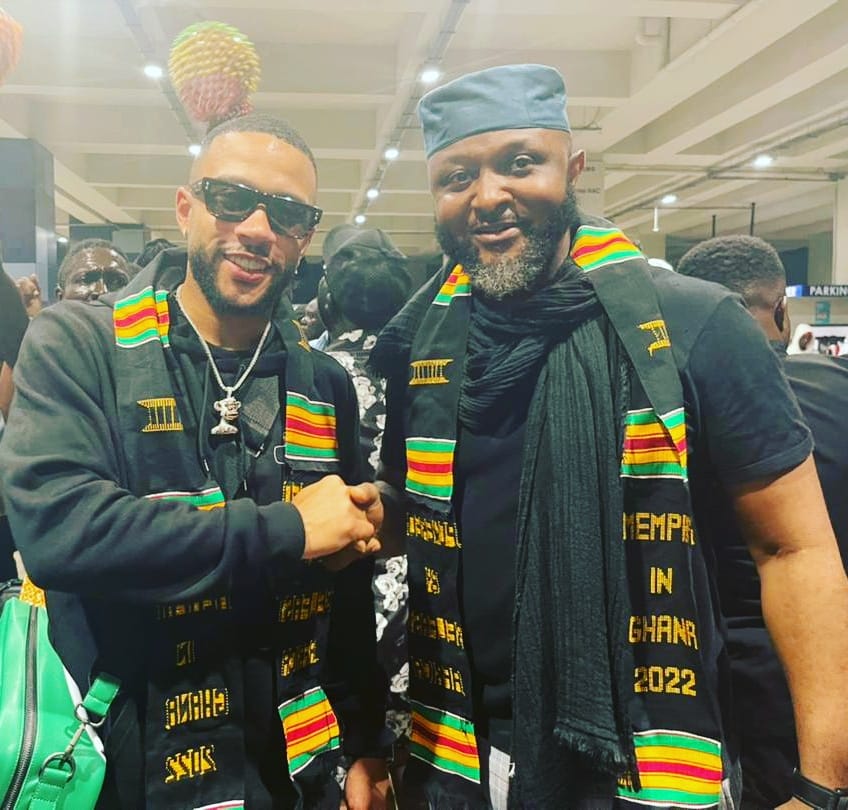 Memphis Depay has arrived in Ghana to begin his vacation after a long season with Barcelona in the Spanish La Liga.

The Dutch-born Ghanaian touched down in the last night and will be in the country for a couple of weeks before the start of the new season.

Depay will also be engaged in philanthropic works and will meet the leaders of the Ghana Football Association to discuss how he can help football in the West African nation.

The Netherlands star has a Ghanaian father and spends his holidays in the country at the end of every season.

He was also in top form for Holland in the European Nations league with the Dutch national team, scoring three goals in the last three matches.

His contract with Spanish giants Barcelona ends in the summer of 2023.