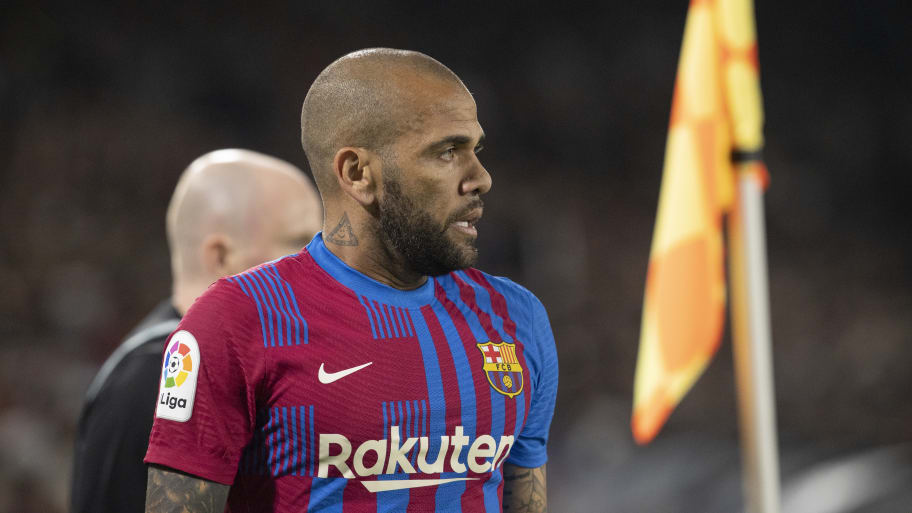 Barcelona have informed Dani Alves that he will not be offered a new contract when his current deal expires at the end of the month, as per reports in the Spanish media.

Alves was recruited on a short-term basis shortly after former teammate Xavi returned as manager and the veteran compounded expectations with his performances, establishing himself as the Blaugrana's first choice right-back by the time the season came to a close.

Despite this, there has been much uncertainty over whether Alves would be offered a new contract this summer. His deal is currently due to run out at the end of the month and according to Sport, the club have finally made a decision, informing the 39-year-old that he would not be kept on.

The report states that Alves was desperate to remain with the Catalan giants and even indicated that he would be willing to sign 'any type of contract' in order to stay.

A short-term deal that expired in time for the 2022 World Cup in November was even discussed, but Barça remained unconvinced.

Alves is said to be attracting interest from several European clubs and is keen to remain at the top level to maximise his chances of playing at his third World Cup.

Although Barcelona are still in financial difficulties they have grand plans for the summer transfer window. Deals for Andreas Christensen and Franck Kessie have long been agreed, while Robert Lewandowski, Marcos Alonso and Cesar Azpilicueta are also targets.

This article was originally published on 90min as Barcelona 'informs' Dani Alves he won't be offered new contract .