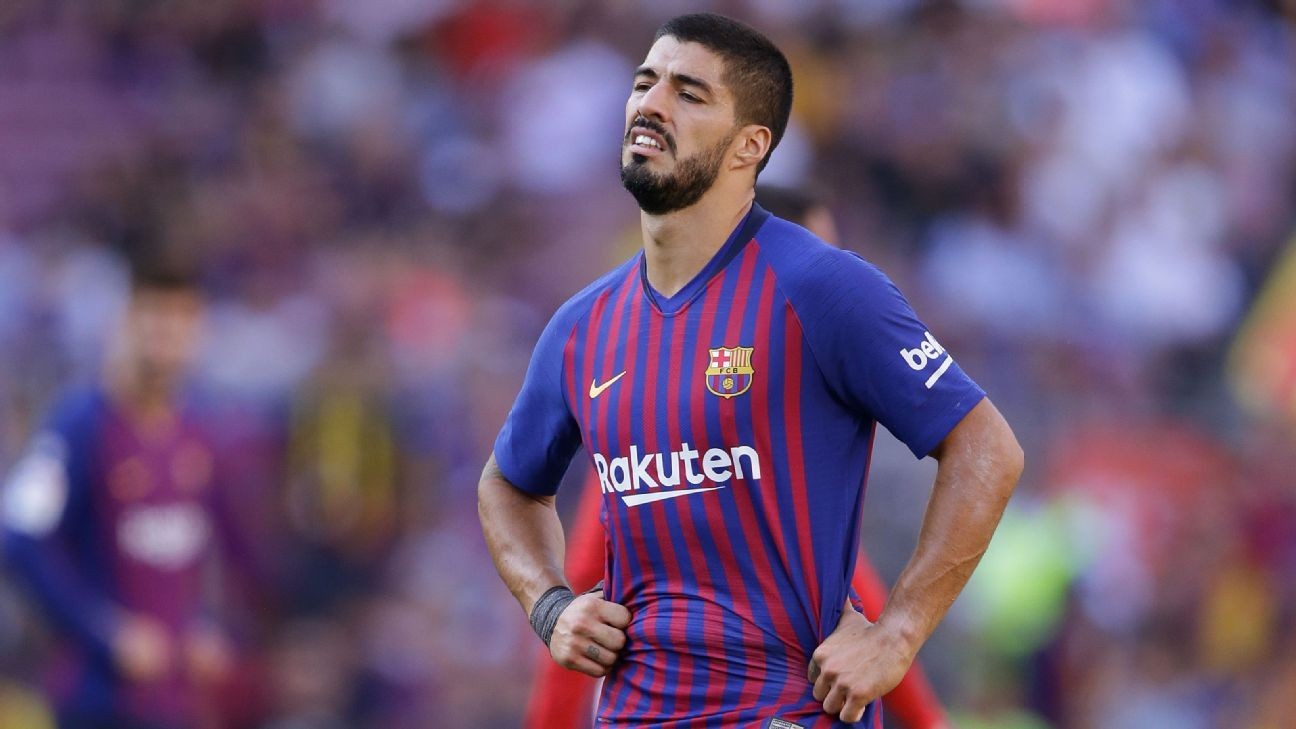 After headlining the papers all week, Ousmane Dembele delivered for Barcelona. Stewart Robson examines how he influenced their draw at Atletico.

The FC crew feel recent statements by Barcelona players about Ousmane Dembele are an effort to help him regain focus and form at the club.

The guys respond to your tweets about the Ballon d'Or, Luka Modric vs. Andres Iniesta and who Gab Marcotti thinks is the ideal No. 9 for Italy.

Barcelona will be without more than half a dozen first-team players for Wednesday's Champions League game against PSV Eindhoven after Luis Suarez and Arthur were added to their injury list.

Suarez will be out for two weeks after aggravating a knee problem and is also set to miss the games against Villarreal, Cultural Leonesa and Espanyol.

Kylian Mbappe and the curse of the World Cup

Is there such a thing as peaking too early? Given all that Kylian Mbappe, just 19, has accomplished, we might soon find out.

It's time to fix -- and save -- the Champions League

The biggest problem with the Champions League is that it's trying to be everything to everyone. It's time for the tournament to go rogue.

However, the former Liverpool forward should be back for Tottenham's Champions League visit to the Camp Nou on Dec. 12.

Midfielder Arthur will sit out the PSV game with an abdominal injury, but Barca hope he will be fit to face Villarreal on Sunday.

Suarez and Arthur join Rafinha and Sergi Roberto on the sidelines. Rafinha is likely to miss the rest of the season with a ligament problem, while Roberto is sidelined for around a month with a hamstring strain.

Jasper Cillessen, Sergi Samper and Thomas Vermaelen are also unavailable, but Philippe Coutinho and Ivan Rakitic have recovered from recent knocks and will make the trip to Eindhoven.

Coach Ernesto Valverde has had to call up a number of youngsters to fill in for the injured players. Goalkeepers Inaki Pena and Jokin Ezkieta will travel, along with Carles Alena, Riqui Puig, Juan Miranda and Chumi.

Barca have sealed their place in the Champions League round of 16 with two games to spare, and victory in Eindhoven would see them win their group.