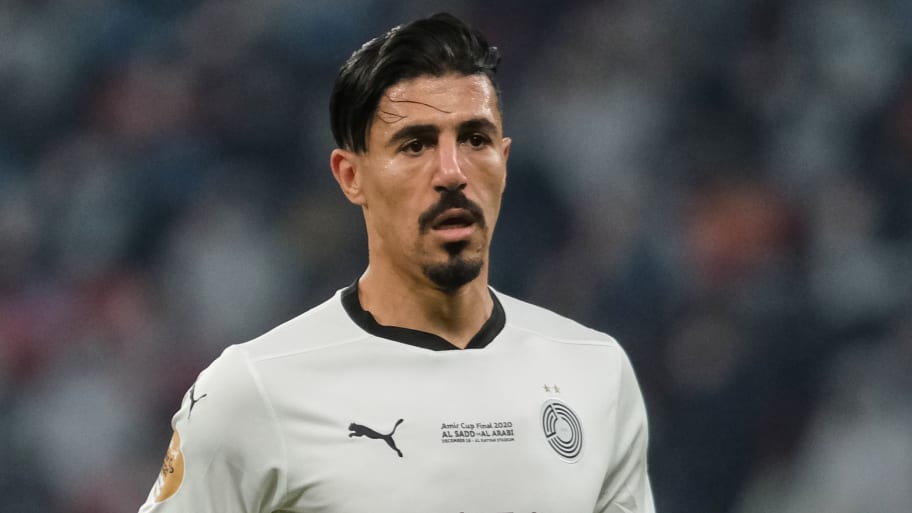 The powerful forward, who has been capped 46 times for Algeria, was top scorer in the Qatari Stars League last campaign under new Barcelona boss Xavi, netting 21 times in 19 appearances as well as registering seven assists.

He has continued to impress this season too, scoring 11 in nine games to put himself in a strong position to retain the Golden Boot.

Bounedjah could soon be rewarded for his fine form. As per Sport, Xavi is interested in taking him to European giants Barcelona. The former Al-Sadd boss took over at Camp Nou earlier this month, following the dismissal of Ronald Koeman.

Although Barça's finances remain in disarray, Xavi is still keen to strengthen where he can in the January transfer window.

The main area of concern is up front. Summer arrival Sergio Aguero may be forced to retire after being diagnosed with cardiac arrhythmia, while Martin Braithwaite and Ansu Fati are currently sidelined with injury.

Elsewhere, Luuk de Jong has underwhelmed since arriving on loan from Sevilla and could be sent back in January, and Ilias Akhomach and Abde Ezzalazouli are talented but lack experience.

Bounedjah would add grit and finishing ability to Barcelona's ranks, though is yet to test himself in Europe. The striker started his career in his native Algeria for RCG Oran, before moving to USM El Harrach and Tunisian side Etoile du Sahel.

He suitably impressed during those spells to earn a move to Al-Sadd in 2015, where he has gone on to notch an incredible 128 goals in 108 league appearances - making him the all-time top scorer in Qatar Stars League history.

Bounedjah currently has two-and-a-half years left to run on his contract, but Barcelona should still be able to secure a deal thanks to their strong relationship with his club.

This article was originally published on 90min as Barcelona interested in Al-Sadd striker Baghdad Bounedjah.