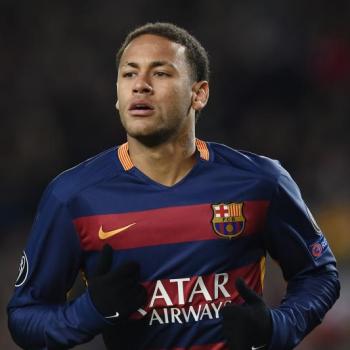 The Brazil superstar has failed to score in his past five club games, with Barcelona losing all three of those in La Liga to surrender their lead at the top of the table.

They are now level on points with Atletico Madrid - their quarter-final conquerors in the Champions League quarter-finals when, once again, Neymar could find no way through.

The 24-year-old's recent displays have come in for criticism, while he finds himself at the centre of a club-versus-country row after the Brazilian Football Confederation (CBF) pledged to fight for Barcelona to release their star man for both the Copa America Centenario and Rio Olympic Games later this year.

Neymar was also caught up in an altercation with Valencia's Antonio Barragan after the 2-1 weekend loss at Camp Nou but Luis Enrique is still backing his player ahead of Wednesday's crucial trip to Deportivo La Coruna.

"Neymar is worried [only] about playing his game tomorrow," Luis Enrique told a pre-match news conference.

"That's all I'm worried about. There are other times to discuss these other matters."