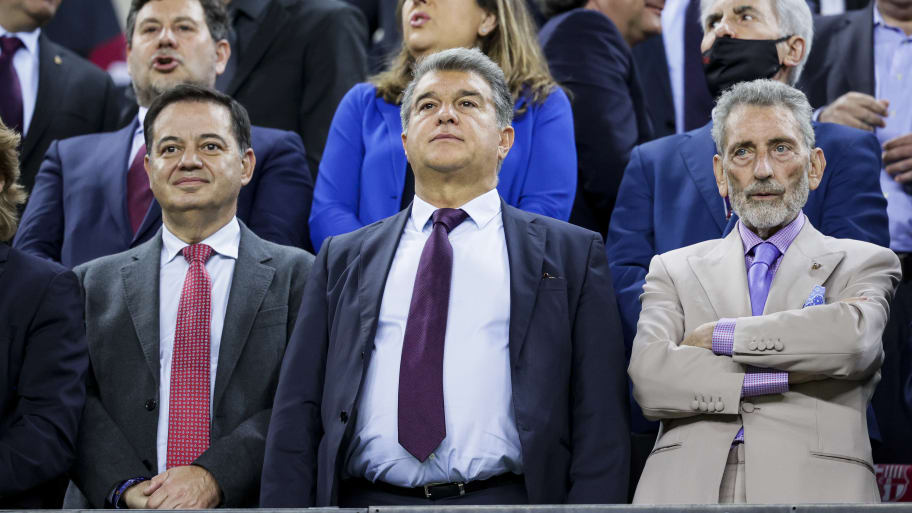 Barcelona members have approved plans to sell 49.9% of the club's merchandising company and 25% of their TV rights.

Club officials have spoken openly about the need to raise €500m to balance the books this summer and have even recently suggested that a further €160m needs to come off the wage bill before Barcelona can even think about signing new players.

President Joan Laporta has promised to raise the vast majority of that money through significant sales of Barça Licensing & Merchandising (BLM) and a section of the club's TV rights, even suggesting that the two deals could amount to €700m.

All business decisions must be approved by the Barcelona members, many of whom met for a general assembly on Thursday to vote for or against the sales.

First up was the BLM sale, with a significant majority voting in favour of selling 49.9% of the franchise, Laporta confirmed offers of between €200m and €300m have been received, although recent reports have suggested he is looking for more.

As for the TV rights, it was another overwhelming victory, with Barcelona chiefs now set to push ahead with what could be some incredibly lucrative plans.

Laporta confirmed that they are looking to strike a 25-year agreement for the TV rights, for which every 10% of the shares is worth €200m, with reports suggesting the plan is to find a buyer for 25% - totalling a cool €500m.

It was even revealed that Barcelona have been offered €1,000m for a 100% sale of their TV rights, with Laporta turning it down to ensure the club do not give up complete control.

The voting was unanimous but not always positive, with former president Enric Reyna voicing his disappointment towards being forced to agree to such sales.

"I leave with the feeling that I have done what I had to do but not with satisfaction, but there is no other choice," Reyna said. "I ask you to be very rational so that we do not have to do things like this again in the future."