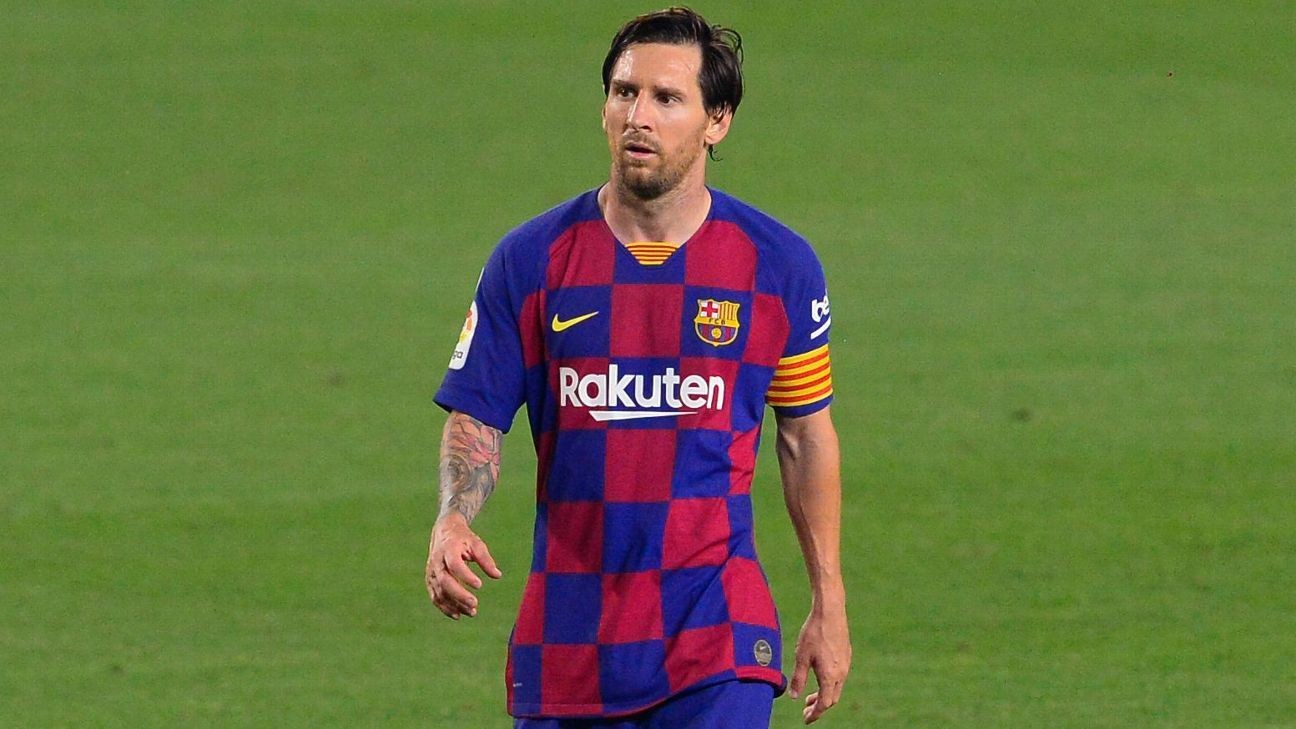 Barcelona president Josep Maria Bartomeu has said it's his obligation to renew Lionel Messi's contract before his mandate expires next summer.

Messi's deal is also up in 2021 and a report on Spanish radio last week suggested the forward is once again considering his future at Camp Nou.

Sources subsequently confirmed to ESPN that Messi is angry with the club's front office about leaks that suggest he has too much power and make him appear responsible for events at the club, including the January sacking of Ernesto Valverde.

Ex-Barca chief: Messi too smart to be club pawnMessi, dressing room not a distraction - Setien

However, Bartomeu expressed his belief that Messi will remain at Barca for many more years, pointing out that he's regularly spoken about his desire to retire in Catalonia.

"It's true he [only] has a contract until June 2021," Bartomeu told RAC1 on Tuesday. "We don't like to explain [contractual] situations usually but it's obvious that we're obliged to renew Messi's deal.

"He's the best player ever. He's got many years of football left ahead of him. Leo has said many times that he wants to retire at Barcelona -- and I don't have any doubt that he will. And not with me, but with another president."

Messi, 33, has twice gone public with his frustrations on social media. In February, he criticised sporting director Eric Abidal for suggesting player power was involved in the dismissal of Valverde.

Then, in March, when the players agreed a 70% wage cut during the coronavirus pandemic, he released a statement, in collaboration with his teammates, accusing the club of releasing misinformation to put pressure on the squad to accept a salary reduction that they always intended to take.

The Champions League may be Barca's only hope of silverware this season after falling four points behind Real Madrid at the top of La Liga with four games to go.

Failure to win a trophy this season would further increase the pressure on Quique Setien, who replaced Valverde in January with the team top of the table, but Bartomeu insists the coach has his complete confidence.

"Quique will continue," he said. "I'm happy with the evolution that has been shown in these games despite the draws. I've seen an improvement in recent games and I hope it continues that way. If we don't win La Liga, there's still the Champions League.

"I don't regret the change from Valverde. The team needed to be given new impetus. Setien is a firm defender of the Barca model and has a DNA that fits. He's brought new ideas and is working hard."

On possible summer signings, Bartomeu said it's "unlikely" a deal for Paris Saint-Germain's Neymar will be possible in the current financial climate, but he refused to speak about a possible move for Inter Milan striker Lautaro Martinez.