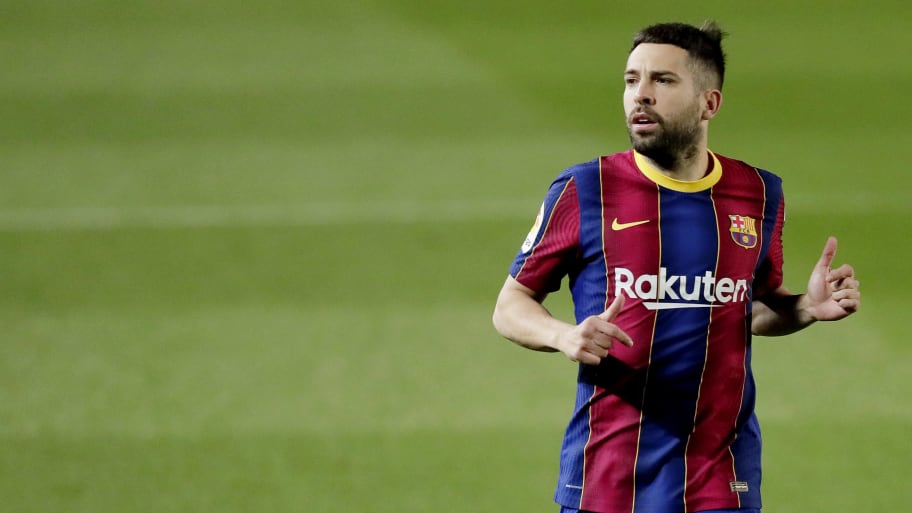 Barcelona would be open to swapping Jordi Alba for Inter's Alessandro Bastoni, but the Spain left-back isn't keen on a move away.

Alba still has three years to run on his current contract, but it's thought the Catalan club want to move on one of their highest earners sooner in a bid to reduce their huge wage expenditure.

The 32-year-old has played 385 times for Barcelona and despite his age, there would be no shortage of suitors for the full-back who has proven himself to be one of Europe's very best since swapping Valencia for Camp Nou back in 2012.

Initially reported by Mundo Deportivo and confirmed by ESPN, Inter are one of a number of clubs to have shown an interest in the defender.

Barcelona are also said to be huge admirers of Inter's Bastoni, and the only way they could afford a deal would be to use Alba as a makeweight.

However, they add that a source close to the left-back has insisted he has no intention of leaving Barça.

Having finished third in La Liga last season, it's clear Barcelona's squad needs improving but the club's financial issues have forced them to get creative in the transfer market. Sergio Aguero, Eric Garcia and Memphis Depay have all arrived on free deals this summer.

However, if they're to renew Lionel Messi's contract, further cuts will need to be made and so there is still plenty of work to be done behind the scenes. Alba may have no intention of leaving currently but with Inter in the market for a left-back following the recent departure of Ashley Young and Barcelona's need to free up funds, a move away for the 32-year-old can't be completely ruled out.

Bastoni is one of Italian football's brightest young prospects and so Inter would be well within their rights to demand more than a left-back entering the twilight of his career in exchange for one of their most valuable assets.

This article was originally published on 90min as Barcelona open to swapping Jordi Alba for Inter's Alessandro Bastoni.