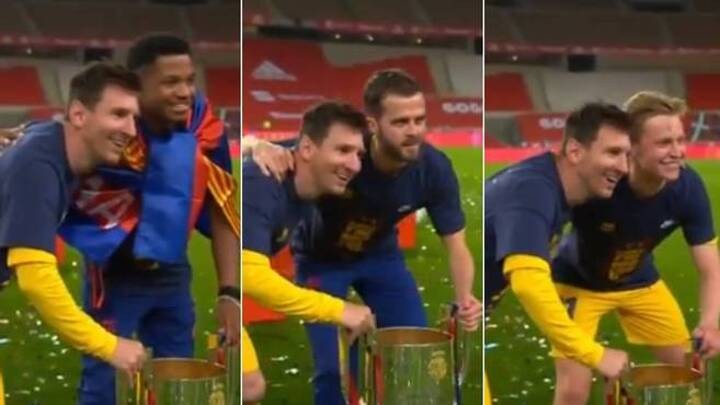 After winning the Copa del Rey against Athletic Club on Saturday, the Barcelona squad took it in turns to take a photo with Leo Messi.

The Argentine starred in the final, scoring twice in quick succession.

With Messi's contract up in the summer, it could be his last trophy for the club.