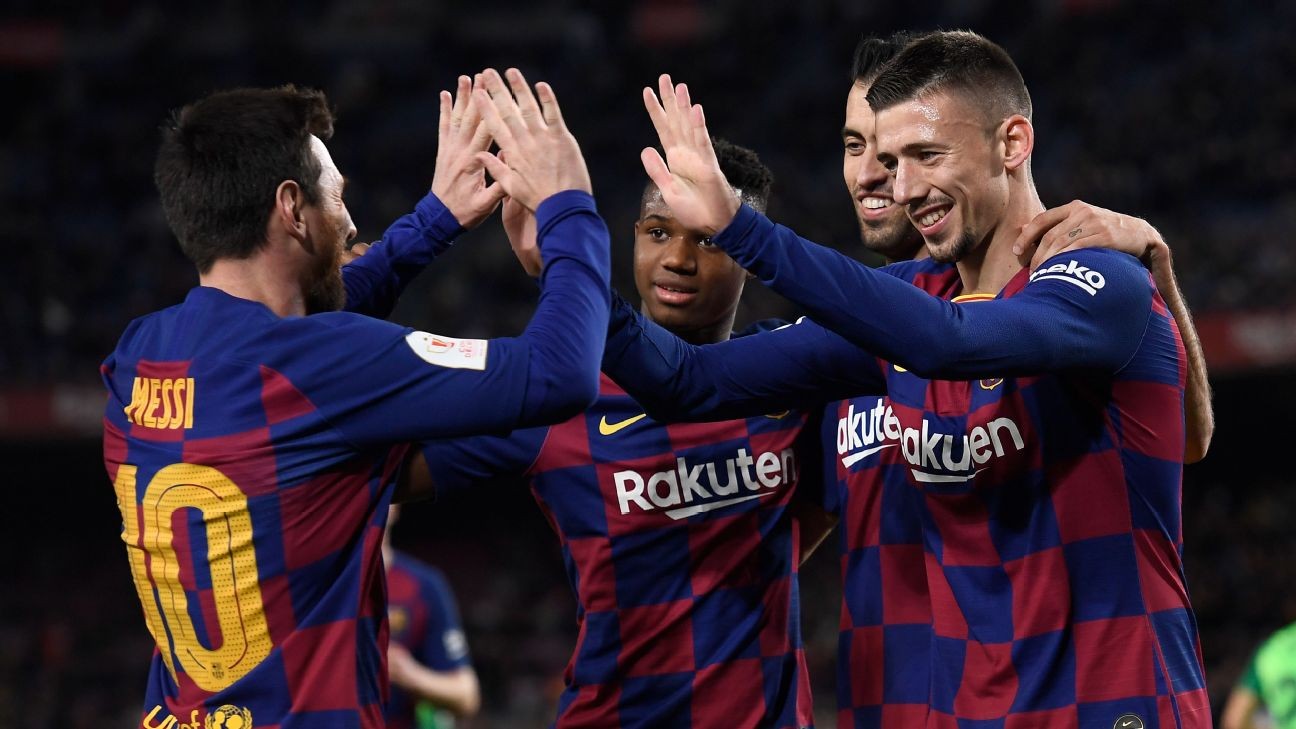 Sid Lowe examines the series of missteps by Barcelona in trying to replace Luis Suarez this transfer window.

Barcelona's players have finally reached an agreement for Matchday -- a docuseries which goes behind the scenes with the Spanish champions -- to film a second season, sources have told ESPN.

The first series, which aired last November, was not well received by the squad. In addition to not being paid what they had been promised, some of the players were not happy with certain elements of the documentary, including the scenes inside the dressing room following their Champions League elimination to Liverpool at Anfield.

None of the players attended the red carpet premiere for the eight-part series at the end of last year and the second series had been placed in serious doubt.

However, a series of meetings this week have helped resolve the situation. The players have imposed a number of conditions, though, which have been accepted by the club's hierarchy. There will be no access to the dressing room this time around, while the players have also drawn up other limitations which will prohibit filming in certain areas.

While the players have now given the green light to start filming the second season, the pay dispute has not yet been resolved. Matchday is produced by Barcelona's in-house production team with the involvement of Rakuten, Kosmos Studios and Producciones del Barrio.

The Japanese company Rakuten, who also sponsor Barca's shirts, funded the project, which streamed on Rakuten TV, but they have not yet paid the players for their involvement.

The first season revealed life behind the dressing room door as Barca won La Liga. It also showed the likes of Lionel Messi, Luis Suarez, Marc ter Stegen and Gerard Pique, among others, in their day-to-day lives.

It culminated with Barca's Champions League exit to Liverpool and a Copa del Rey final defeat against Valencia.

The Catalans will hope the second season will have a happier ending, although coach Quique Setien, who replaced Ernesto Valverde last month, has said they have been weakened during the transfer window.

Carles Alena, Jean-Clair Todibo, Carles Perez and Moussa Wague all left the club in January, leaving Setien with a 20-man squad, including the injured Suarez and Ansu Fati, who is still registered to the B team.

"On the face of it, we could think that we have weakened the squad in January," Setien said in a news conference on Saturday. "We have fewer players now. But I will repeat: we also have the B team. These kids are ready."

Barca are in La Liga action on Sunday at home to Levante. The game will come too soon for Ousmane Dembele, who is back in training but won't be rushed back into action.