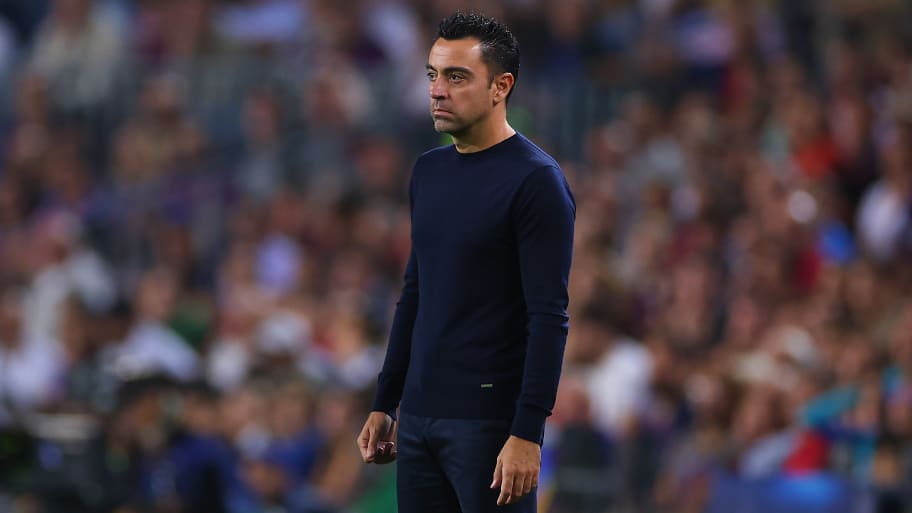 Almeria's current manager Rubi arrived at Barcelona in the summer of 2013 as Tito Vilanova's assistant coach. However, he was quickly relegated to another member of a packed backroom staff once Gerardo Martino took over in preseason.

Xavi was vice captain of that side during a rare trophy-less season. Here's the XI he may deploy from the dugout against his former coach this weekend.

GK: Marc-Andre ter Stegen - Barcelona's custodian is yet to concede a single La Liga goal at home this season.

RB: Hector Bellerin - While the club's European excursions have been nightmarish, Bellerin described simply being a Barcelona first-team player as the realisation of his 'greatest dream'.

CB: Gerard Pique - The veteran centre-back has won every title he has ever competed for - apart from the Confederations Cup.

CB: Marcos Alonso - Once a left-back deemed too attacking to play without the safety of three centre-backs behind him, Alonso has regularly filled in at the heart of a back-four given the bundle of injuries Barcelona have suffered in this area.

LB: Alejandro Balde - After turning down various loan offers at the start of the season, Balde has played his way into the first team and talks of a contract renewal for a deal set to expire in 2024.

CM: Gavi - The hustling and bustling scamp spends most of each match with his laces untied but is unobstructed by the dangling threads.

CM: Sergio Busquets - With half a dozen bookings to his name already this season, Busquets leads La Liga for yellow cards.

CM: Frenkie de Jong - Three years after taking a trip to Camp Nou with his girlfriend Mikky and watching Barcelona romp to a 4-0 victory as a tourist, De Jong signed for his 'dream club'.

RW: Ousmane Dembele - This calendar year, Dembele has averaged a goal or an assist every 91 La Liga minutes.

ST: Robert Lewandowski - The Pole admitted Barcelona are in a 'reconstruction process' but insisted that they 'will even be the best again'.

LW: Pedri - The silky midfielder has recorded just one assist in his last 50 appearances for Barcelona.


This article was originally published on 90min as Barcelona predicted lineup vs Almeria - La Liga.