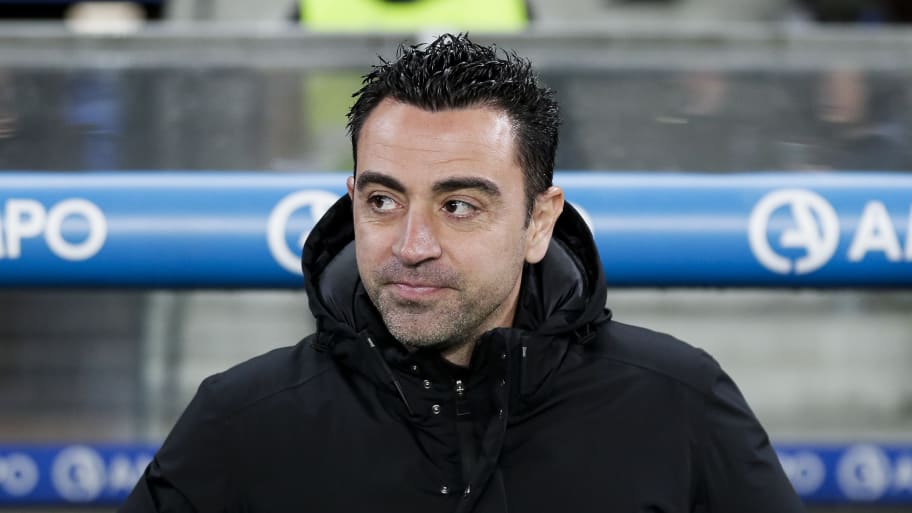 Barcelona travel to face Getafe as Xavi's side look to make it four wins in a row and seal 2nd spot in La Liga.

Last weekend's 2-1 win over Real Betis rubber stamped Champions League qualification for the Catalan club, although they could still theoretically lose 2nd place with Atletico Madrid breathing down their necks.

Barça welcome Villarreal to the Camp Nou to conclude their league campaign following this weekend and Xavi will be keen to avoid any last day pitfalls.

Here's how they could line up this week.

Marc-Andre ter Stegen (GK) - Hasn't enjoyed his best campaign this time around, but he has improved in recent months.

Dani Alves (RB) - Has looked short of fitness in recent games, but Barça are short on replacements with Sergino Dest injured.

Oscar Mingueza (CB) - Quite clearly isn't a favourite of Xavi's, but Barça's defensive injury crisis means he's likely to be thrown in this weekend.

Clement Lenglet (CB) - Should provide balance in the centre of defence with his left-sided distribution.

Alejandro Balde (LB) - The 18-year-old could be drafted in from La Masia with Jordi Alba suspended.

Sergio Busquets (DM) - Suspended for the midweek win over Celta Vigo, but no player in the Barcelona squad has played more minutes this season than the 33-year-old.

Gavi (CM) - Has been cautioned as many times as the likes of Gerard Pique and Sergio Busquets this season, underlining his fiery streak.

Rique Puig (CM) - Cruelly denied a goal by the offside flag against Celta in midweek, which would have done his confidence the world of good.

Ousmane Dembele (RW) - 15 starts in La Liga this season has yielded 13 assists, which is a remarkable return.

Pierre-Emerick Aubameyang (ST) - Needs a pair of goals in his last two games to leapfrog Memphis and finish as Barcelona's top goalscorer this term.

Memphis (LW) - Returned to the starting lineup for the win over Mallorca and has netted twice in his last three games.

This article was originally published on 90min as Barcelona predicted lineup vs Getafe - La Liga.