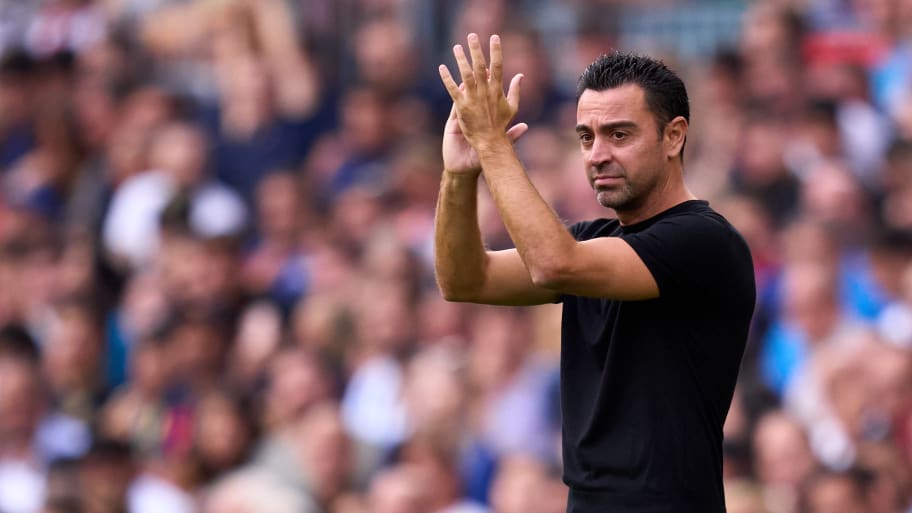 Barcelona travel east to the Balearic Islands to face Mallorca in La Liga on Satuday evening.

Mallorca is a poignant opponent for Xavi Hernandez. The Catalan-born midfielder made the first of his 767 appearances for Barcelona against the island outfit, marking his competitive debut with a goal for Louis van Gaal's side.

Here's the XI Xavi may watch on from the dugout against Mallorca this weekend.

GK: Marc-Andre ter Stegen - The German keeper rarely watches football matches in his spare time and can't be guaranteed to identify an opponent. "Sometimes people ask me what a player's name is," he once said, "and I've got no idea."

RB: Hector Bellerin - Doubts linger over Bellerin's fitness following a concern raised during training but the former Arsenal full-back may be risked with few alternative options for Xavi in defence.

CB: Andreas Christensen - Sten Christensen - Andreas' father and a former professional himself - "had to lie a little bit" about his son's age to get the football-obsessed toddler playing before he hit the national cap of five.

LB: Alejandro Balde - Two months into the season, Balde has already matched the number of appearances he made in his debut senior campaign last term - a tally which is only set to grow.

CM: Franck Kessie - "The President" earned his nickname at Milan after accidentally filling the parking spot of the chief club official. Joan Laporta, watch out.

CM: Sergio Busquets - Barcelona's skipper is closer in age to his manager and former teammate Xavi than his current midfield colleague Kessie.

CM: Gavi - According to the national team manager that made him the youngest ever man (or, more accurately, boy) to represent Spain aged 17, Gavi was the "reference" in Barcelona's academy.

RW: Raphinha - Until the age of 18 - the same age as his clubmates Gavi and Balde - Raphinha was scrapping it out in Brazil's varzea tournaments, which were played along the flood plain of his local community. From clay pitches to Camp Nou.

ST: Robert Lewandowski - The Pole has scored more league goals this season (eight) than 12 clubs so far - including their upcoming hosts Mallorca.

LW: Ansu Fati - Spain manager Luis Enrique made it abundantly clear that Fati needed more club minutes before he could break into the national team. While Xavi won't risk overworking the injury-prone teenager, he may be granted a start after two weeks off.

This article was originally published on 90min as Barcelona predicted lineup vs Mallorca - La Liga.