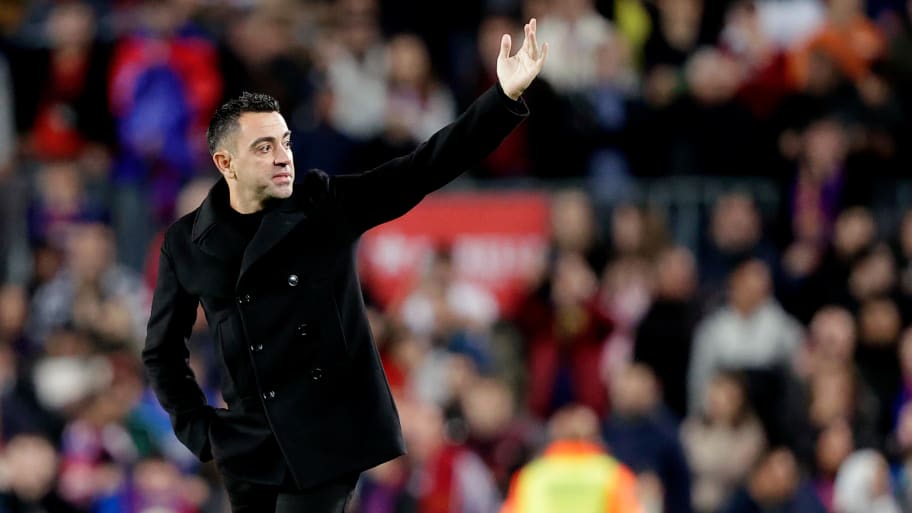 Barcelona's final match before the World Cup takes place on Tuesday as Xavi takes his side to face Osasuna.

All eyes will be on Gerard Pique, who bid farewell to Camp Nou at the weekend but is still actually available for this one, which sort of ruins the narrative surrounding his magical retirement last time out.

Here's the lineup Xavi could use in this send-off.

RB: Alejandro Balde - Bringing Hector Bellerin back to the club this summer hasn't yielded the expected results and young left-back Balde is now making his name on the right.

CB: Eric Garcia - Back from injury, Garcia could be brought straight back into the starting lineup for this tricky fixture.

CB: Andreas Christensen - The man who replaced Pique last time out could take his spot for good here, with the veteran Spaniard only expected to sit on the bench.

LB: Marcos Alonso - Juggling left-backs has been an issue for Xavi, whose best candidate is needed out on the right these days.

CM: Gavi - The youngster's ferocious approach is crucial to a Barcelona side who doesn't always do the dirty work as well as they should.

CM: Pedri - Pedri will have one eye on the World Cup but won't let that limit his output here.

RW: Ousmane Dembele - Raphinha has openly admitted that he has struggled to adjust to life at Camp Nou and may need another spell on the bench behind Dembele.

ST: Robert Lewandowski - Lewandowski is five goals clear at the top of La Liga's scoring charts and will hope to extend that lead heading into the break.

LW: Ansu Fati - Rumblings of unhappiness from Fati have surfaced in the Spanish media in recent weeks and Xavi will be keen to keep his young starlet happy with as many minutes as possible.


This article was originally published on 90min as Barcelona predicted lineup vs Osasuna - La Liga.