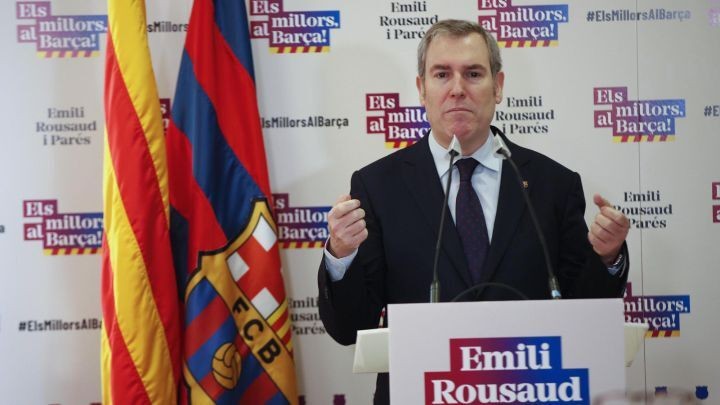 Joan Laporta is the favourite to return for a second term as Barcelona president after Emili Rousaud, who promised Haaland, withdrew from the running.

Three candidates are in the running to became Barcelona president after Emili Rousaud, whose election promise was to deliver Borussia Dortmund striker Erling Haaland, withdrew from the electoral process.

Rousaud announced on Thursday that he is no longer in the frame to replace Josep Maria Bartomeu, who stepped down from the role in October.

Joan Laporta, Víctor Font and Toni Freixa are the trio of candidates who are in the race to be named president.

Laporta, the favourite to return for a second term, had 9,625 signatures validated, while there were 4,431 and 2,634 for Font and Freixa respectively in the validation process for an election that will take place on Sunday January 24.

Rousaud had stated he no longer wants to be involved in a "dirty war" for the right to succeed Bartomeu.

"It was a day of impressive dignity because, to my surprise, the majority decision was not to agree to join another candidacy, because we cannot tolerate the dirty war and we prefer to stay out," Rousaud said. "Our sporting and economic proposals were the best."