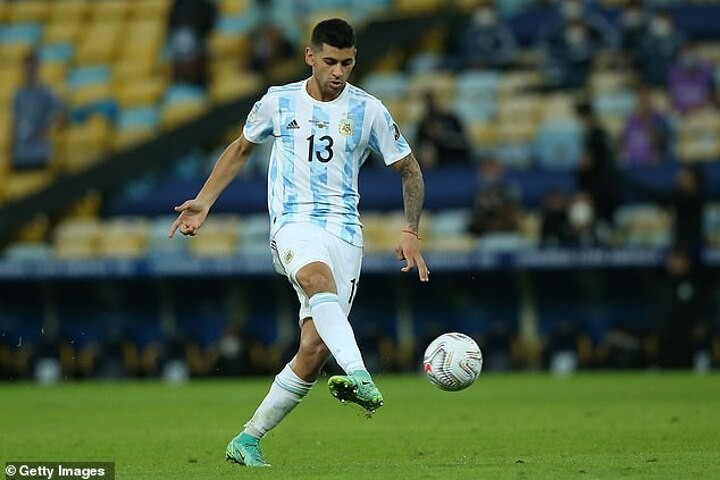 Barcelona are ready to muscle their way into the picture for Tottenham target and Atalanta centre back Cristian Romero, according to reports.

Tottenham's new technical director Fabio Paratici is looking to reshape the squad, with talks continuing over a potential £42m deal for Atalanta's 23-year-old - which they now hope to get over the line following the departure of Toby Alderweireld.

However, this figure is still far off Atalanta's £51m asking price for Romero, whose stock is high following his Copa America triumph with Argentina.

And now according to Sportitalia, Barcelona are preparing to make a move for Romero and out-bid Tottenham for his signature.

It has been reported that Barcelona have been watching Romero's situation closely for some time, but the Spanish giants are now expected to make a formal bid over the coming days.

Barcelona's interest will ramp up the price of Romero, with Atalanta more than happy to spark a bidding war.

Romero joined Atalanta on loan in September last year from Juventus on a two-year deal, but the Italian side have an option to buy for around £14m which they are set to take up - which means the club are likely to sell him on for a big profit.

However, given Barcelona's financial mess, with the need to offload players their immediate target, it appears unlikely at present that Romero would move to the Nou Camp.

Romero played a key role in helping Atalanta qualify for the Champions League once again at the end of last season.

The centre back scored three goals and made five assists in 42 appearances overall last term.

He was also part of the Argentina squad that won the Copa America earlier this month, with Lionel Scaloni's side keeping a clean sheet in each of the three games he played - including the final against Brazil.