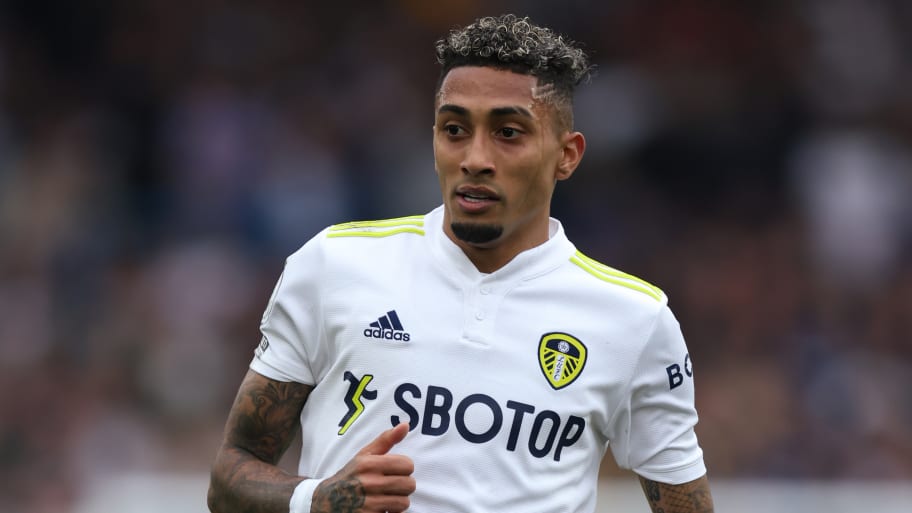 Barcelona are ready to push through a deal for Leeds star Raphinha but have held back in talks until the end of the season, 90min has been informed.

The Brazi international is set to leave Elland Road at the end of the campaign regardless of whether United avoid relegation or not. If they do go down, a release clause worth just £25m will come into effect.

90min understands Raphinha desires a move to Barcelona, but there remains interest from some of Leeds' current Premier League rivals.

Sources have confirmed to 90min that West Ham, who bid for the forward in January, remain keen on him, but Liverpool, Chelsea, Newcastle and French champions Paris Saint-Germain have all been watching him closely over the last 12 months.

Following Leeds' final home game of the season on Sunday against Brighton, Raphinha walked around an empty Elland Road taking in the scene, which is telling given it is likely his last ever game at the iconic stadium for the club.

He was joined at points by England star Kalvin Phillips, who is facing a similarly uncertain future.

Phillips was also a target for West Ham in January and like Raphinha they remain keen, but Newcastle are also very interested and have been looking closely at a potential deal for the midfielder.

Liverpool, Manchester United and Aston Villa have also been monitoring Phillips. 90min understands he could still sign a new contract with Leeds, but that would only happen if Jesse Marsch's side avoid relegation. Even then, it is far from guaranteed.

This article was originally published on 90min as Barcelona ready to push through summer move for Raphinha.