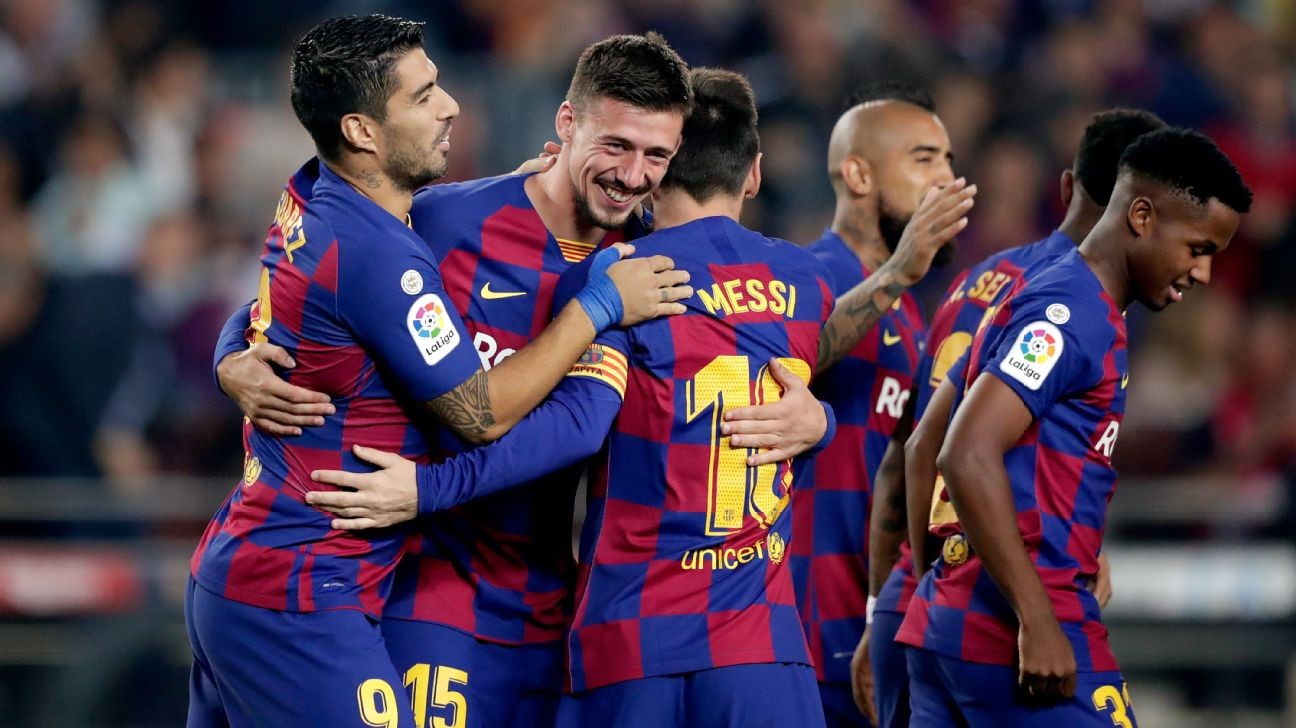 Sid Lowe breaks down why La Liga will play games every day until July 19 when the league resumes June 11.

Barcelona will restart their La Liga campaign away at Mallorca on June 13, the league confirmed on Sunday, with title rivals Real Madrid hosting Eibar the following day.

La Liga has been suspended since March 12 due to the coronavirus pandemic, but was given the go-ahead to return by the Spanish government last week.

The league will resume with the Seville derby between Sevilla and Real Betis on Thursday, June 11, at 10 p.m. CEST before Barca travel to Mallorca on Saturday (10 p.m) and Madrid meet Eibar on Sunday (7.30 p.m).

Barca topped the table by two points when the league was halted, with Real Madrid in second place, nine points clear of third-placed Sevilla.

Both teams will have to navigate 11 games in just over a month as they vie for the title, with La Liga hopeful of concluding the season by July 19, which would allow teams to then compete in the Champions League and Europa League in August if those competitions are able to be played.

Following the games against Mallorca and Eibar, Barca will welcome Leganes to Camp Nou (June 16, 10 p.m) and Madrid -- who will play home games at the Alfredo Di Stefano stadium at their training ground due to construction work at the Santiago Bernabeu -- hosting Valencia (June 18, 10 p.m).

Barca still have to travel to Sevilla and play Atletico Madrid at home, while Madrid have away games against Real Sociedad and Athletic Bilbao to come.

Matches will be played behind closed doors, following a strict safety protocol as prepared by La Liga and approved by the Ministry of Health, with kickoff times taking into account the soaring summer temperatures in the different parts of Spain.

Teams returned to individual training earlier in May and have been working in groups of up to 14 over the last week. From Monday, they have the government's permission to return to full training.