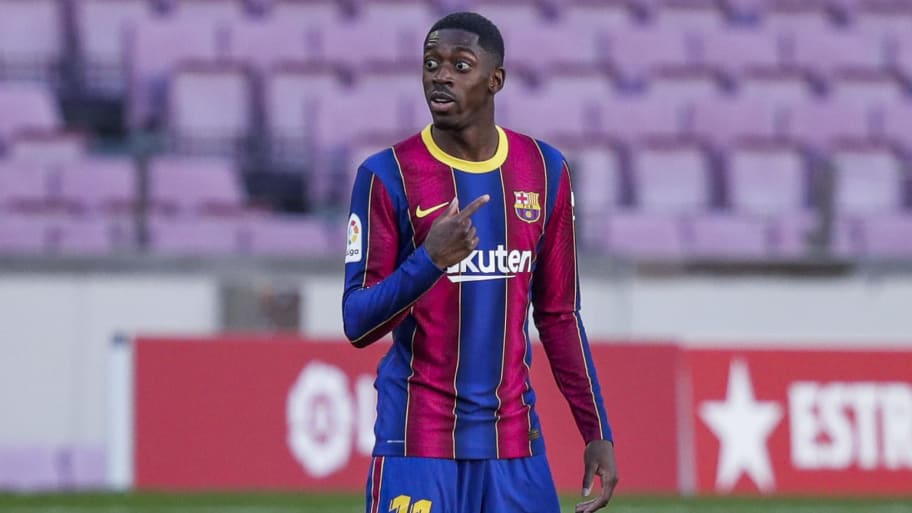 Barcelona chiefs plan to meet with winger Ousmane Dembele in the coming days to discuss a new contract for the Frenchman.

Dembele's contract has entered its final 12 months and talks over an extension have dragged on for months, with some at Camp Nou fearing that the 24-year-old is not particularly keen on remaining at the club.

However, shortly before Euro 2020, Dembele gave Barcelona the first clear signal that he wants to re-sign, and Mundo Deportivo now state that a meeting has been scheduled between the two parties to put that plan into action.

Barcelona hope to make it abundantly clear to Dembele that they see him as an integral part of the future. Despite his sketchy injury history - he is currently sidelined with a hamstring injury picked up at the Euros - Barcelona remain committed to the 24-year-old and want to make sure he knows that.

Having said that, Barcelona have also made it abundantly clear that they will sell Dembele this summer if he does not renew immediately. They are not prepared to let him walk away for free next summer, which makes sense when you remember he cost over £130m four years ago.

The prospect of needing to do that is a little scary for Barcelona, who were not convinced they would get a big sum for Dembele even before he went down with his latest injury, which is still expected to keep him out for another three months.

The only other alternative is to banish Dembele to the reserves, as is the case with young midfielder Ilaix Moriba, but Barcelona hope to avoid needing to do anything so drastic.

Despite that playful threat, the hope is that Dembele will sign on and club chiefs Mateu Alemany and Ramon Planes are scheduled to meet with the Frenchman's representatives next week to try and thrash things out.

There is a plenty of competition for minutes in Barcelona's attack. Alongside Lionel Messi, there are two spots which can be filled by Dembele, Sergio Aguero, Ansu Fati, Memphis Depay, and Antoine Griezmann and Martin Braithwaite could also feature if neither seal their expected moves away from the club.

Griezmann is close to a return to Atletico Madrid, and there are hopes that Braithwaite could be sold to the Premier League in the coming weeks.

This article was originally published on 90min as Barcelona schedule contract meeting with Ousmane Dembele.