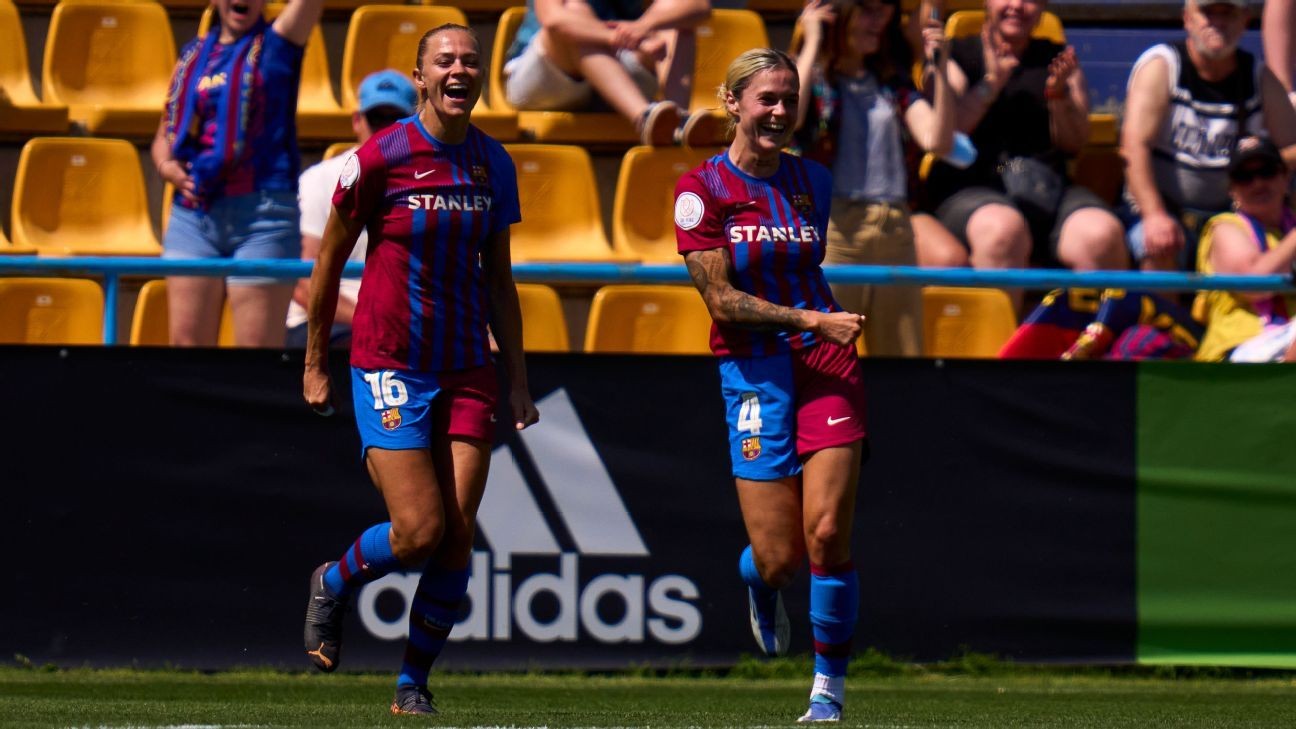 An own goal from American Emily Dolan was followed by efforts from Mapi Leon, Ana-Maria Crnogorevic, Claudia Pina, Lieke Martens and Alexia Putellas as Barca lifted the trophy for the ninth time in their history.

Huelva, the 2015 winners, put up a spirited fight and scored through Sandra Castello but never really looked like they would pull off what would have been an enormous surprise in Alcorcon.

The win reaffirms Barca's dominance in Spain and softens the blow of last week's Champions League final defeat to Lyon. They end the campaign with 36 wins from 36 domestic games having already completed the perfect league season and winning the Spanish Supercopa in January.

That defeat to Lyon put a dampener on their year and captain Putellas admitted after Wednesday's semifinal success against Real Madrid that the players had to work hard to pick themselves up after "several difficult days."

They were sloppy in the early exchanges of Sunday's final, with large patches of possession failing to yield much more than half chances for Pina and Putellas.

Huelva, who finished 10th in the league and stunned Atletico Madrid and Granadilla Tenerife on their way to the final, should have taken the lead in the 19th minute. A header from Anita Marcos hit the post and, with the goal gaping, American Hannah Keane failed to hit the target.

As expected, Huelva were soon made to pay for that miss. Goalkeeper Dolan turned into her own net after Marta Torrejon's header came back off the post and Leon nodded in from a corner to double Barca's advantage before the break.

Sandra Castello's brilliant finish just after the hour mark got Jenny Benitez's team back into the game but it only served to kickstart a Barca onslaught.

Crnogorcevic restored the Blaugrana's two-goal lead with 15 minutes to play with a flicked header from a corner before substitute Pina brilliantly stabbed home from the edge of the box.

Martens headed in to make it five with minutes to play and Ballon d'Or winner Putellas finally got in on the act in stoppage time, sealing the win and another a historic season for Jonatan Giraldez's side.